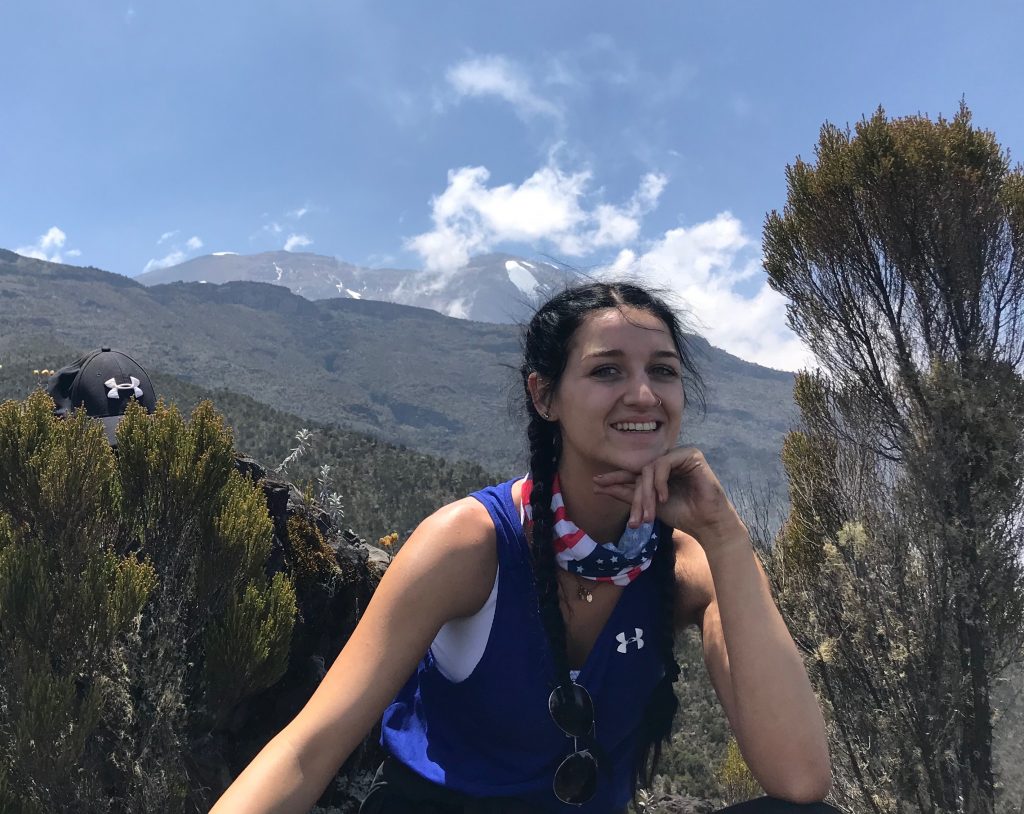 Chemistry student Chloe Barrett tells us about her experience of Kent so far, including a valuable foundation year which helped set her up to succeed.

When I first moved to the UK with my family in 2017, I honestly didn’t understand the education system. It was a challenge not knowing whether what I’d learnt in America would transfer to a whole new system. That led me to apply for foundation year courses.

Initially, I wasn’t too thrilled about doing a foundation year because I felt as though I was a step behind. Looking back, I realise how wrong I actually was. I remember my first lecturer encouraged us to embrace the foundation year and those who did, actually did better than many students coming straight into first year. His words held true and upon entering first year, my course mates and I agreed that the foundation year modules directly set us up to succeed and quite a few even passed with distinction.

I chose the University of Kent because the foundation year modules really appealed to me. I had studied Chemistry for three years previously and was excited to go more in depth on topics I had touched on in lower school. The structure of the course enabled me to really hone in on my mathematics skills that weren’t quite up to scratch but also really make sure I understood and excelled in what might be considered ‘basic concepts’ that would be extremely relevant for the rest of the degree (and frankly any career with chemistry!).

The foundation year truly aided my transition to first year where the workload and intensity increased. I felt so much more confident going into first year because I had an idea of what studying Chemistry on a university level was like. I had established relationships within the School, so I felt as though I had the resources I needed to succeed.

Speaking of the School, Kent really goes above and beyond by providing a community. Most of my lectures in both foundation and first year were shared with Forensic Science students. You start to realise how broad Chemistry really is, and its many applications.

The Forensic Science Society had many events, and specifically I enjoyed when Pfizer came to visit and discussed counterfeit drug analysis. I realised that we had actually already learned how to do exactly what they were doing in the Pfizer labs doing drug analysis and having so many opportunities for real life application was exciting!

Finally getting to study chemistry on a university level was exciting to me, but to be honest university is an overall experience! When visiting the campus for the first time, I could immediately see myself spending the next four years here happily. The campus itself was beautiful and I was really impressed by Templeman Library, at which I have spent countless hours, it has become almost a comfortable second home to most. Exploring Canterbury really made me feel lucky to be living in such a picturesque town full of history, beautiful architecture, and its own quirky personality.

One of the most exciting days as a fresher is the big welcome fair where countless societies are showcased; it’s impossible not be enticed by quite a few. I always think university is the place to try new things, so personally I joined the Salsa Society and have been a member for two years now and have loved every minute of it.

As an international student, I’ve been able to experience life abroad and gain such a valuable perspective on the world. It is for all these reasons and experiences that being at the University of Kent for the past two years has been an absolute pleasure both academically and personally.

Easily, the best experience I have had at university was joining Kent RaG (Raise and Give). I took on the challenge of climbing Mount Kilimanjaro in order to raise money for the Meningitis Research Foundation. I could easily go on and on about how wonderful an experience it was, but the most amazing outcome was that together the team and I raised over £100,000 for MRF. That trip gave me fantastic life-long friends, memories, and the self-confidence knowing I could push myself to do incredible things then and in the future.