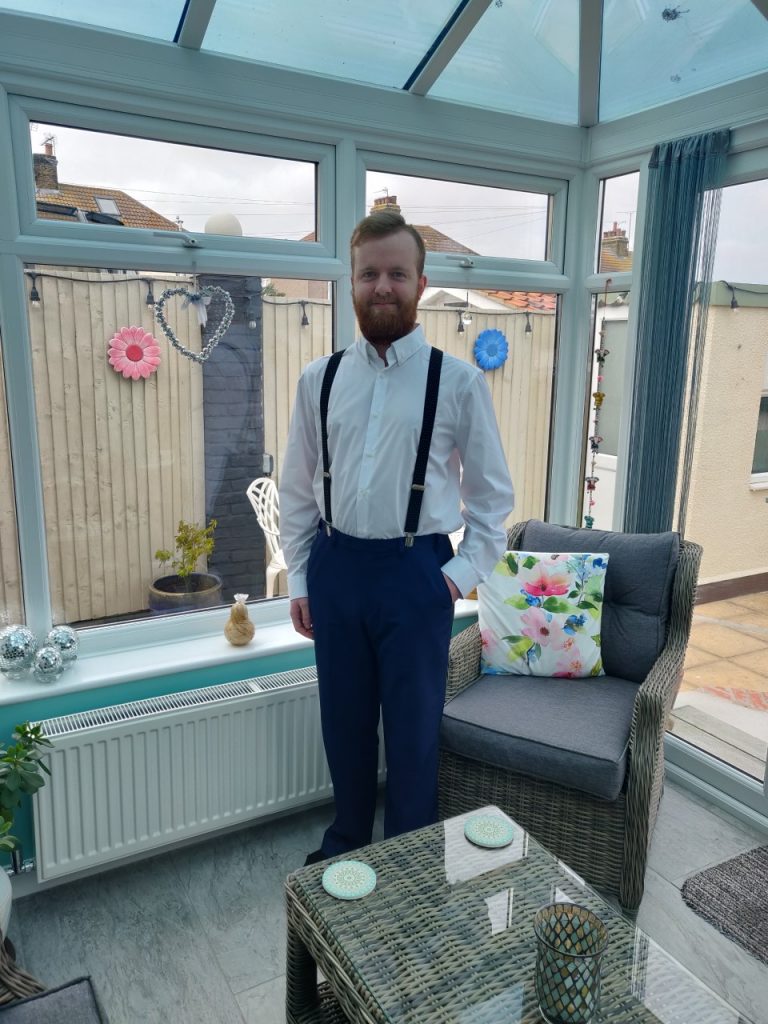 Recent Physic Graduate, Alex Poppe, tells us more about his experience of Kent – including the value of the foundation year – and what he’s up to now.

As I am from Kent, the choice came naturally to study at the university, motivated by its recent rise in league table rankings in past years. I have always opted for a more challenging route, so to study physics at a university level was no different. Although I failed to achieve my predicted A level grades during my school years, I nonetheless managed to meet the requirements to start a Bachelors in Physics with Astrophysics, with a foundation year, at the University of Kent.

I spent my first year at university living on campus in Tyler Court. Being in a brand new environment like that seemed daunting at first, but I believe starting off with a foundation year made for a smoother experience overall.

“As the contents of the lectures were not too dissimilar from what I had been taught previously – but still conveyed well and with a greater depth of understanding by the
lecturers – I did not feel the pressure from both the social and academic aspects of university life unlike those who jumped straight into the 1st year. This built up my confidence when moving forwards, and allowed me to find my motivation to succeed.”

I began to reap the rewards of my hard work early on, when my grades allowed me to transition to an integrated Master’s degree, which is something I could not have previously achieved due to my results at A level.

“I attribute this accomplishment wholly to the foundation year, which taught me a lot of prerequisite background physics, but more importantly it taught me to think like a physicist – to be more analytically minded, well-organised, and to see alternative paths to solving a problem besides the most common one, which may not always be the best.”

The knowledge gained also allowed me to help others in my cohort if ever they were struggling to understand some concept, which in turn benefitted me, as a true test of someone’s understanding is whether or not they can convey information to others in a concise and attentive manner.

Nearing the End
During the 2nd year is when the different physics degrees begin to branch out; physics with astrophysics focusing more on space science and astronomy, for example. It was then I decided to transition my Master’s degree once more to a straight Physics degree. Due to my enthusiasm for computers and coding I had realised the path that I wanted to take my degree down; I set a goal for myself to start a PhD, particularly in the areas artificial intelligence and computer vision, after I had graduated from my Master’s. I knew that this was something I could attain thanks to my success through each one of my modules, earning me plethora of first-class grades.

In the Master’s year you take on a research project under the supervision of an academic. Computer vision and optics were my fields of research, I developed a system to automate a process of non-invasive retina scanning for patients suffering from various eye diseases, through a process known as ‘OCT-A.’ This project taught me a lot about what it means to be a researcher: proper time management of both my academic and social life, organising regular meetings with my supervisor, and being able to confidently present my work to a group of people unfamiliar with that field.

Where I am Now?
In July of 2019 I graduated from the University of Kent with a Master’s in Physics with 1st-class Honours. Alongside this I was also awarded the Dean’s prize, granted to the student who in that year achieved the highest grades in the stage 4 examinations.

I am currently still at UKC, undertaking an industrial PhD in machine learning – a branch of artificial intelligence – with the same supervisor that I had for my Master’s degree, Dr Stuart Gibson.

This area of research covers a broad range of physics, from optics to spectroscopy, through applications of machine learning, in attempts to improve upon and automate established manual and analytical methods employed worldwide by pharmaceutical companies and research groups. My research leads me to collaborate with the University of Cambridge, a research and development company by the name of IS-Instruments situated in Kent, and other research groups at the university.

My plans going forwards are not set in stone, which is the beauty of a PhD. As my skill set continues to grow, so too do my options for career choices. I could see myself remaining at the university to become a postdoctoral researcher, eventually becoming an academic, or I could move on to one of the many promising research laboratories in the field of AI, such as OpenAI or DeepMind.

“All of this is achievable thanks to the diligent mindset that I have been taught by the University of Kent.”