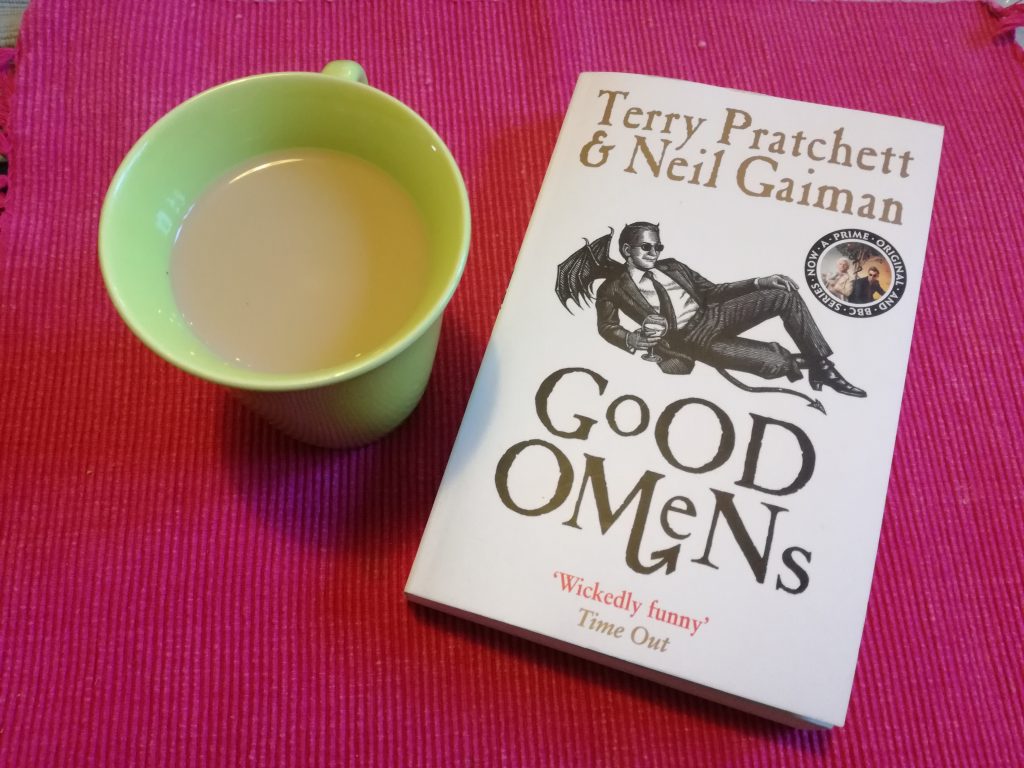 Director of Undergraduate Studies for Physics, Dr Silvia Ramos, tells us about her #LockdownLiterature, “Good Omens” by Neil Gaiman and Terry Pratchett.

For many years, Terry Pratchett and Neil Gaiman’s books have been a reliable method to ensure I managed to get some sleep during large facility experiments. Why is this an issue? Because there you work for many hours, constantly making decisions and racing the clock.

So when you eventually get to leave the experiment, your brain needs some help to slow down, get rid of the adrenaline and shut down for a few hours, fast. It is the only sensible thing to do, because you need to be back at work in 6 hours or so (again!). And in those situations “Mort”, “Small Gods”, “Stardust”, “Neverwhere” and many others have provided the much needed help for making me feel like a human being that deserved some sleep, while keeping me suitably entertained. (Some other time I will tell you about the occasion in which I decided that “surely I do not need to change my reading” and took Wuthering Heights with me, not a good idea!).

So, when the confinement started I thought that it was probably time for a Gaiman/Pratchett read. And what would could be better than a book written by both of them! Good Omens ticked both boxes simultaneously. I had not seen the TV series, but that is the order in which I normally like doing it (book first, visual afterwards). It has certainly not been a disappointment.

“The book is witty and quick paced. It has some great characters (Adam and the Them, Aziraphale and Crowley and Red are some of my favourites) and it is written with the slightly surreal type of humour that you can expect from the two authors.”

It also has that definitively generous look on human kind that I find very uplifting. It is a book about the End of Times, which might seem an odd choice during a pandemic, but then that would only show that you have not read it yet.