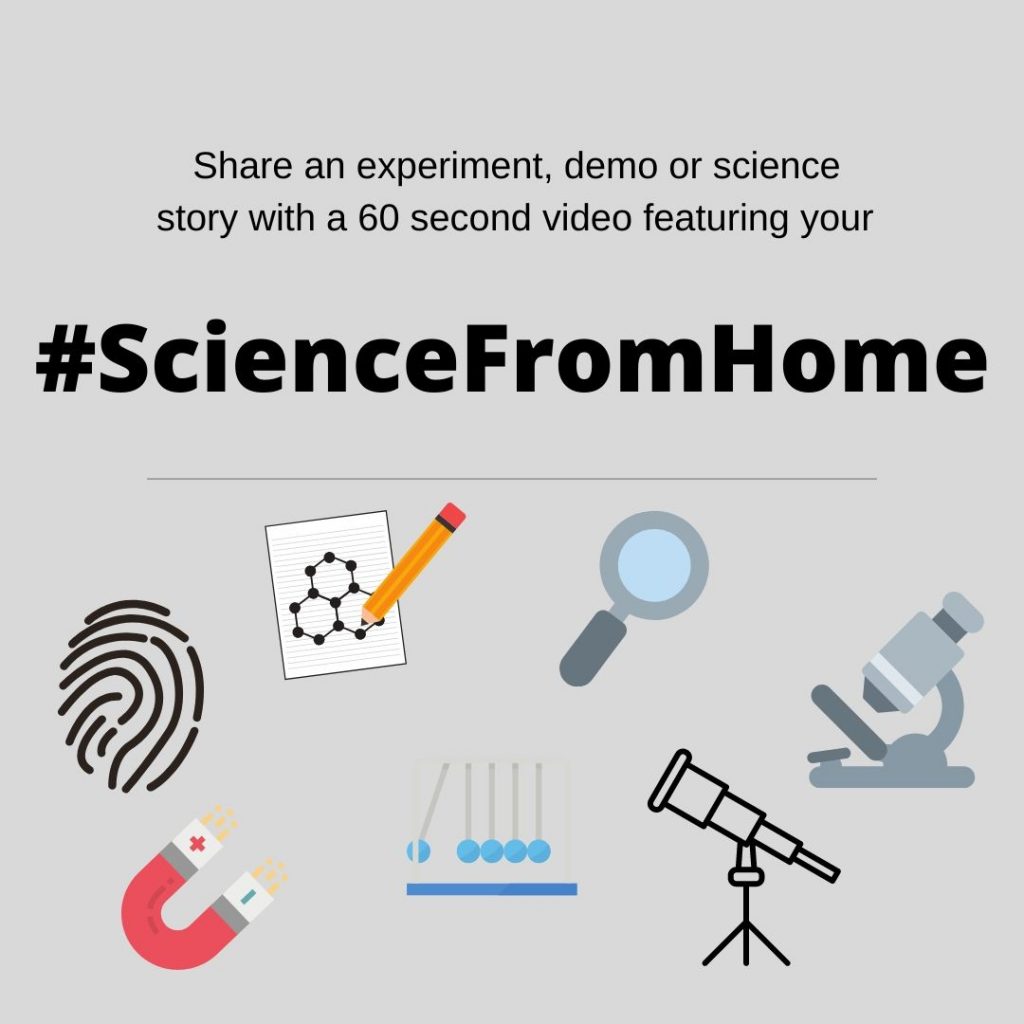 The School is encouraging staff and students to show off snippets of science on Twitter.

Despite science events across the country being cancelled, including all of ours from SPS and the university, it doesn’t mean you have to miss out on engaging with brilliant science!

SPS is encouraging staff and students to get involved with the #ScienceFromHome hashtag that’s being used by scientists and science communicators on Twitter. Inspired by #MuseumFromHome, where museum workers were sharing artifacts in 60 second videos, #ScienceFromHome sees scientists share experiments, demos or fascinating science story in short video posts.

It all started with Dr Sarah Bearchell, but has now spread across the globe. At the end of March, the Global Science Show saw almost 100 scientists over 9 hours posting using #ScienceFromHome, from Sydney to LA.

SPS’s engagement Officer Hannah Tonry has shared this refraction demo with a glass and some water on Twitter, which she says is still one of her favourites.

Scientists are all of a sudden finding themselves doing their research somewhere they didn’t expect to – at home. But that doesn’t mean you can’t still be sharing science with the world! Whether you have a favourite science demo using household items or if you just want to share a photo of how you’re doing science from home, let’s help keep everyone curious with some #ScienceFromHome.

So if you’ve got a little snippet of science to show off in 60 seconds, please do join in with a short video on Twitter! We look forward to seeing your #ScienceFromHome!
The views expressed in this blog are not necessarily those of the University of Kent. View Conditions of use and Guidelines. Report concern