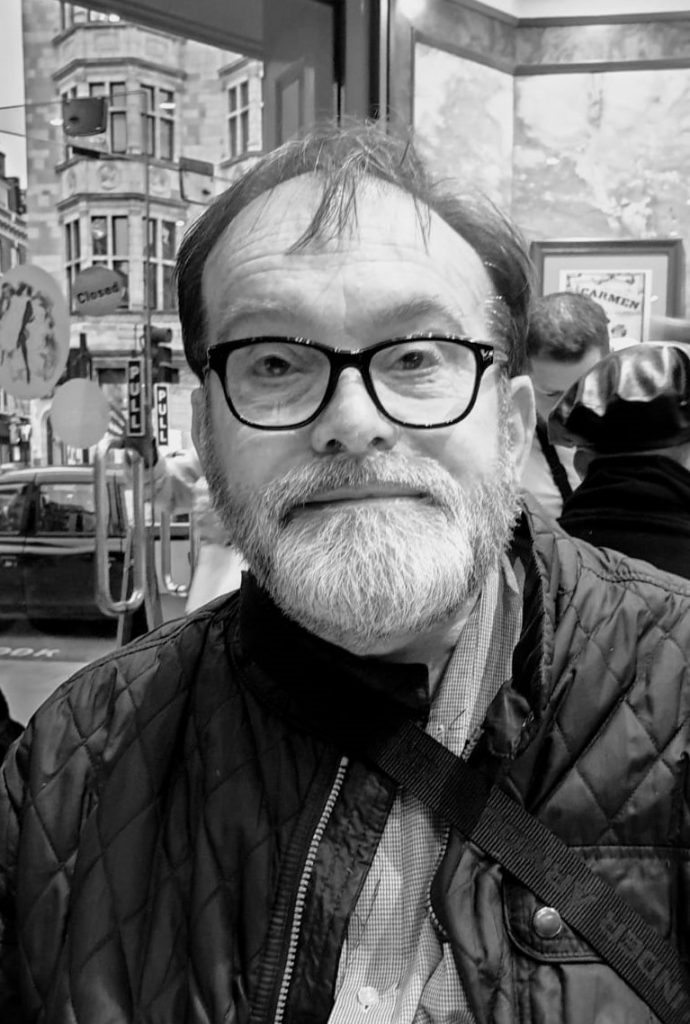 The School is excited to welcome Andrew Langley, who joins us from the Metropolitan Police – where for over 35 years, he was involved with the operational delivery of forensic science including being a Crime Scene Manager.

“I started my career in forensic work way back in 1985 after answering an advert in The Daily Mail. In those days, police forces were suspicious of people with too many qualifications and liked to train their methods themselves. I was the last “SOCO” that the Met employed as they appear to change the roles and titles every few years. There was a ten-week pass/fail residential training course after which you were unleashed on the public to really learn your skills. Often that depended on where you were posted as some, in the leafy suburbs, were not exposed to as much as those working in inner London; I was posted to Brixton.

“As part of yet another re-organisation, I had to re-train and qualify as a fingerprint expert which took quite a few years interspersed with postings back out on the streets. During that training I had to become skilled in chemical treatments, fingerprinting the dead, and learn the necessary skills to present expert evidence in court.

It’s difficult to be specific, but between 1985 and 2004, I will have examined in excess of 20,000 crime scenes, encompassing vehicle crime, burglary, robbery, assaults, rapes and arsons.

“I then moved to the role of a Crime Scene Manager/co-ordinator and was responsible for the assessment and examination of more serious incidents, usually unexplained death and homicide. The role also required me to manage all the forensic resources and results through to trial. Being in the role also gave me the opportunity to qualify in Disaster Victim Identification and working at a Chemical, Biological, Radiological or Nuclear incident.

“Fortunately I was never called on to deal with the latter, but my DVI skills were put to use after the London tube and bus bombs and I was privileged to lead the forensic response in the UK mortuary after the Tunisian beach massacre in 2015 and also to be responsible for leading the team who were tasked with identifying those who died in the horrific fire at Grenfell Tower.

“In the little time I spent away from work, I married Lynda and have two daughters, one of whom is in her second year of a BMus at Royal Holloway. I’m excited to be here at the University of Kent and look forward to meeting you all.”