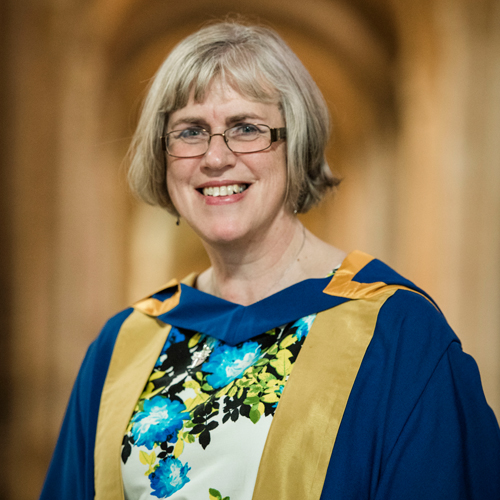 To celebrate International Day of Women and Girls in Science on 12 February 2020, SPS is welcoming Professor Sally Jordan, Professor of Physics Education and Head of the School of Physical Sciences at the Open University.

As part of the celebrations, Professor Jordan will chair a meeting and deliver a colloquia, while the School is also launching a new competition to increase diversity in the SPS curriculum.

Professor Jordan will chair a special “Women in Physics Group” meeting. She has previously chaired several Science interdisciplinary modules including “Science starts here” and “Exploring science”, developed to introduce novice distance learners to scientific skills in the context of physics, chemistry and biology, but also environment and Earth science, astronomy and planetary science.

Come along to find out about her experiences, career and the chance to ask your own questions.

Following the meeting, Professor Jordan will be delivering the weekly colloquia for SPS in Ingram Lecture Theatre between 14:00 – 15:00.

The talk, “Demographic gaps in physics retention and attainment: Myth and reality” will discuss demographic gaps in retention and attainment, which mean that certain groups of students are considerably less likely to continue in their study of physics. Professor Jordan will discuss the various factors that have been hypothesised as contributing to these discrepancies in attainment as well as focusing on research at the Open University into variation between demographic groups (in particular gender) in engagement with different types of assessed tasks and features within the tasks (Dawkins et al., 2017; Hedgeland et al, 2018) as well as describing some recent findings into variation in decision-making behaviours.

In addition to the events, the School is launching a competition to help SPS do a better job at celebrating women in STEM. We want you to choose a lecture you have had delivered to you in your time at Kent and highlight where a female scientist could be credited/acknowledged/discussed in that lecture.

We want to use lectures to highlight diversity in STEM, so your suggestions may well be used in future delivery.

To enter, just submit one powerpoint slide with the module code of your chosen lecture and a summary of how a female scientist is involved in the content of the lecture. Don’t forget to reference your work, and try to make the slide engaging, as all submissions will be displayed on the plasma screens in Ingram Foyer, the student hub and the Library. Submit your slides to V.Mason@kent.ac.uk by Wednesday 4 March at 17:00.

Winners will be announced on 6 March, just in time to celebrate International Women’s Day on 7 March.