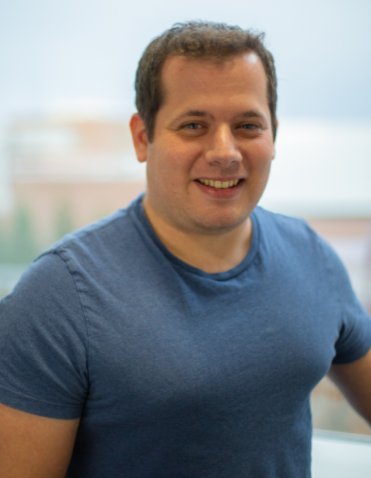 I visited a number of Universities in the UK to study physics at. The first thing that stood out about Kent was of course the beautiful campus, with lots of green and open spaces, as well as the historic city of Canterbury down the hill. The part of my visit that went further though, was that when I talked to people in the department, such as lecturers and current students, I felt that instead of just telling me what I could do for the University, they told me all about what the University could do for me. They seemed to genuinely care about my interests, and what I found interesting, what research they did and the opportunities there were for me at Kent. I found that very refreshing, and it made me realise that the best University for you is the one where you feel the most comfortable and supported.

For new students joining Kent, I would say: get involved! There are so many clubs on campus that you can try out a number of new hobbies, and whether you end up continuing them or not, you make friends along the way.

I found Kent to be a very friendly place, and with all of the helpers during Freshers week, I found it very easy to settle in.

Work wise, it was at University that I fully realised if you do all of the work to your best ability, the homework and exams seem far simpler! If you get stuck, don’t feel shy to ask for help from the lecturers or teaching assistants, they’re there to aid your learning. Equally, talk with the students in your own year when you get stuck; the common room was a great place for that. Allow yourself to struggle with new concepts, and in discussion with others don’t just ask for the answer, talk about the concepts that you’re stuck on, which will then enable you to answer the question yourself.

After leaving Kent, I went on to do a PhD in Particle Physics at Royal Holloway, University of London. My work focused on the ATLAS experiment at the Large Hadron Collider (LHC) which is located at CERN in Geneva, Switzerland. During my PhD I got to live in Switzerland for a whole year, which was a great experience, and my thesis was to search for new physics beyond the Standard Model of particle physics.

Following this I took a postdoctoral researcher position with Michigan State University in the US and was based at CERN for 6 years. As of August 2019, I was successful in becoming an Assistant Professor at Michigan State University and moved to the US. Now it feels like the tables have turned as I’m the one doing the lecturing. I’ve taken a lot of the lessons that I learned at Kent, Royal Holloway, and Michigan State into my teaching and research in this new position.

My advice to new graduate students is pursue something that you can make a living at, but also enjoy. There’s a saying along the lines of “choose a job you love, and you’ll never work a day in your life”, and while not every day can be exciting or interesting, it makes such a difference if it’s something you’re invested in. To my mind, being interested in a topic is also the key to success, because you will run into roadblocks, into problems that seem insurmountable, and it’s only your passion which will keep you pushing on. For instance, I was never the best at mathematics, but my love for physics kept pushing me to understand the language of mathematics, and eventually it became easier for me. When I first went to university, I thought that lecturers were there mainly to teach, but I soon learned that usually their main passion is research – that’s why someone becomes an academic. If you’re interested in research like I was, then make sure to search the internet for the kind of research topics you think you’d be interested in. Universities will often have extensive information on their PhD programs, and if you find something you like then reach out to them. Even if you’re not sure if you want to become a postdoctoral researcher or a permanent lecturer, there are some highly skilled jobs in the private sector which hugely benefit from having PhD graduates, so always keep that in mind when you’re thinking about what you’d like to do and the path to get there.

My favourite memory of Kent would probably be Ruby Tuesday’s for the music and friends I made there, or living with my friends in a house after my first year. I still have a number of close friends to this day who I met at Kent.

We would like to thank Daniel for taking the time to share his own experiences at Kent and in his path following his graduation. We would also like to congratulate Daniel on his recent promotion to Assistant Professor at Michigan State University and wish him every continued success in his career.

Are you an SPS Alumni? We would love to share your experiences at Kent and career in science. Get in touch by emailing spsmarketing@kent.ac.uk for information on how you can feature on our SPS Blog.