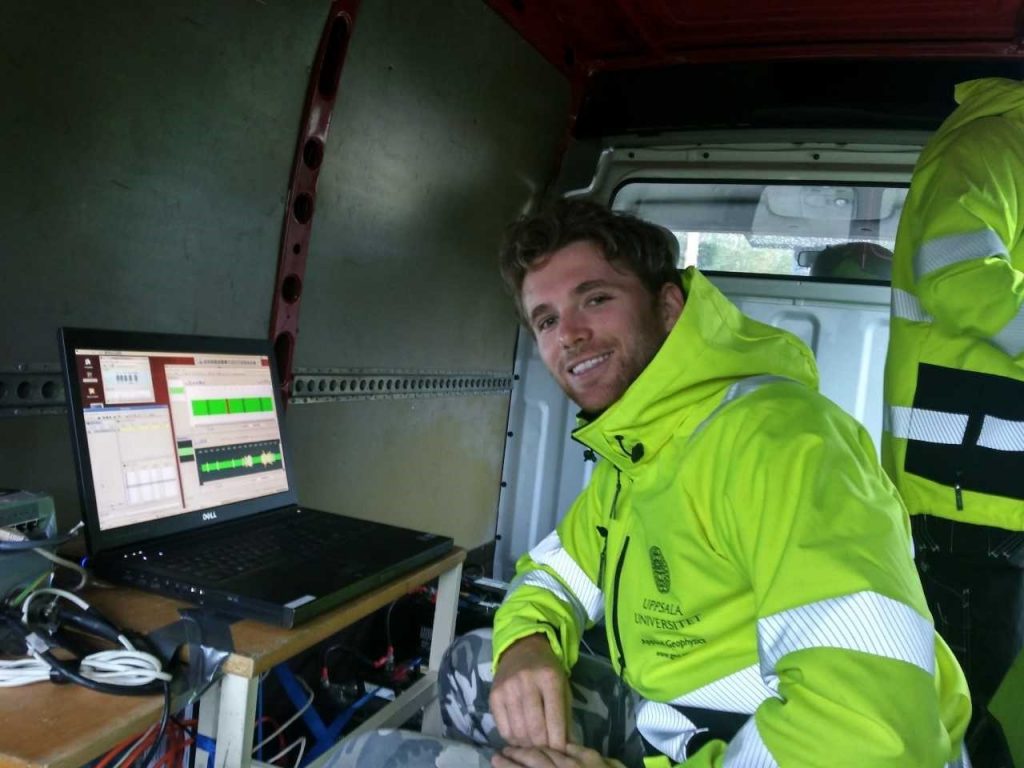 I first arrived at Kent in the Autumn of 2012. I was 19 at the time and had just returned from a year-long adventure travelling across North America. In the summer exams before my North American trip I’d just about managed to scrape the requisite grades to be made (and accept!) an offer from Kent University to read for a BSc in Physics with a Foundation Year (deferred entry). I’d undertaken Physics, Chemistry and Geology as subjects at A-Level and it would be fair to say my results were not particularly good. To undertake a Foundation degree in Physics at Kent the grades needed were lower than those for the standard BSc programme. This ‘last chance’ entry into university was characteristic of the complacency I showed throughout school whereby I worked just enough to achieve the very minimum required. I would continually limit my study programme as much as possible and then hope to scrape through. This, as I was to find out, wouldn’t work (wouldn’t work at all!) the further I progressed academically.

I can’t say I was settled over my first year at Kent. I longed for the freedom I so recently reveled in and felt unsure as to whether the study of Physics was indeed the ‘right’ direction. Socially however, the year was extremely rewarding and I made a heap of great friends and joined a couple of societies. Academically though, things were still in first gear and it wasn’t until I took calculus in my Foundation year that I began to take a broader satisfaction in studying.

Whilst living mainly in Kent, I would embark on regular trips to see friends in London. I began involving myself in small acting projects and a short time later concluded that I’d probably leave Kent to pursue a career as an actor in London. I shared these thoughts to a couple of senior academics in the department who nevertheless urged me to continue with the course until the end of the year. This counsel was wise and when my foundation year results came through, I found I’d achieved better results than expected. This gave the kick-start to my confidence in my own ability and suitability for Physics that, with hindsight, had been lacking and I realised that I was keen to commit to the whole BSc degree.

Studying for a BSc in Physics gave me an understanding over so many different facets of the discipline. An understanding that, as the years went by I would deepen more and more, moving from the foundations of mechanics and thermodynamics to life-saving/enhancing medical physics and the mysteries of the quantum world.

I embraced a broad range of topic areas and in the final year particularly I was able to tailor my studies to suit areas of interest. Alongside lectures I participated in numerous lab classes and thus developed a good armoury of experimental competences. I especially enjoyed this aspect.  It’s extremely gratifying to see in practice what you’ve absorbed conceptually.  Having said this, in all honesty it was not always completely plain sailing through these undergraduate years and setbacks did occur. Gradually I developed the desired focus and motivation required to achieve well pretty consistently and enjoy doing so.

Late in my second year (third year overall due to the foundation year) it became apparent that, much as I found both the micro and the quantum worlds extremely intriguing, it was the manifestation of physics in the macroscopic world that most fascinated and stimulated me. In tandem with all this I was, through my own personal endeavours, finding out more and more about the climate around us and the detrimental effects we as humans are having on it.

The gravitas of the situation precipitated a ‘eureka’ moment in me as I realised that, with a first degree in Physics, I possessed the basic knowledge, understanding and practical skills to make a real commitment and contribution to a sphere of activity about  which I felt increasingly passionate. In short, tackling the causes and endeavouring to mitigate the effects of climate-change and seeking means of adaptation to it.

Having formed this resolution I began my quest for an MSc programme wherein I could specialise accordingly. I came across the Geophysics programme at Uppsala University via online research. The flexibility offered within the Masters course greatly appealed to me. There was opportunity to take not only modules in Geophysics but also to address issues central to climate, natural disasters and risk.

In my first term at Uppsala I applied successfully to be a student delegate at the United Nations Conference of the Parties (COP23) in Bonn which provided the ideal platform for furthering my learning and projecting me into the showground of negotiations and diplomacy.

What was great was I found myself engaging with like-minded people and it proved a really good platform for networking. This broadened and deepened my understanding and, crucially, initiated relationships that would facilitate future action on issues central to climate change. An immediate outcome was that I met Jonathan Lynn, Head of Communications & Media Relations within the Intergovernmental Panel on Climate Change (IPCC). Several useful and rewarding exchanges during and after COP23 resulted in my being offered an internship at the IPCC Geneva HQ – globally influential by virtue of its independent assessment of climate change research and dissemination of research findings.

Studying in Uppsala was great. Aside from exposure to the negotiations and diplomacy involved in the politics of the climate science world, I was able to tailor studies as I saw fit and so achieved a satisfying modular balance between Geophysics and Climate studies. There were numerous opportunities to work on ongoing research conducted by the university.  This would entail trips around Scandinavia undertaking large seismic surveys as well as other geophysical investigations. Consequently I was able to gain invaluable experience operating technical software and hardware in the field as well as developing operational and leadership skills during the research projects.

My MSc thesis work was on utilizing the reflection seismic method to estimate storage potential for Compressed Air Energy Storage (CAES) in a greensand aquifer in south-west Sweden. CAES is a potentially useful energy storage method that could help regulate the supply of renewable energy. Day-to-day life in Sweden’s fourth biggest city I found to be really fulfilling. I took every opportunity to explore, celebrating mid-summer in a lakeside summer-house to wild camping on windswept islands in the Baltic.

This month I was awarded my masters in Uppsala. My ambition is to forge a career in climate science and disaster risk management with a particular focus on science communication, advocacy and diplomacy. Advocacy and the effective communication of scientific issues is as important as execution of the science itself. Raising awareness, educating, influencing, negotiating, correcting misunderstanding and opposing: All such tools of communication must come into play if we are to secure behavioural change, informed policy-making, robust legislation and protection against (sometimes antagonistic) vested interests. Thanks to my ‘bedrock’ time at Kent University and the springboard it gave me to study in Sweden, I’m set to create my own opportunities.

We would like to say a huge thank you to Greg for taking the time to write this blog post for us and wish you all the very best in your exciting career!