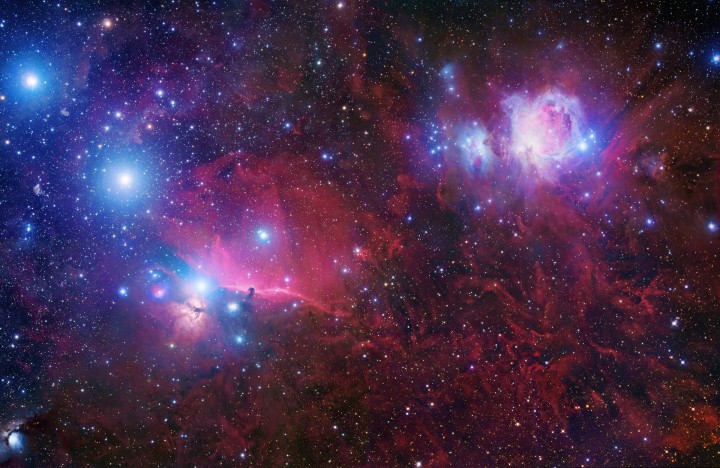 New research by Professor Michael Smith and PhD student Igor Novikov reveals vital clues about the role recycling plays in the formation of life in our universe.

By investigating the different stages in the life journey of stars and gaining new knowledge about their evolutionary cycle, scientists at the Centre for Astrophysics and Planetary Science have discovered more about a crucial stage in the emergence of life in our universe. Their research reveals for the first time how matter discarded as stars die is recycled to form new stars and planets.

Scientists have long known that the materials that make up human life were not present during the beginnings of the universe. Elements such as carbon and oxygen form deep inside stars and are released when the stars explode. What has not been clear is what happens to these materials in the vast majority of stars which do not explode and how they are then extracted to contribute to the development of new planets and biospheres.

In their paper ‘Numerical simulations of wind-driven protoplanetary nebulae – I. near-infrared emission’, which was published by the Royal Astronomical Society on 12 September, Professor Michael Smith and PhD student Igor Novikov have discovered this vital missing link. By carrying out 2-D modelling on their Forge supercomputer, which mapped the pattern of light emitted from stars under different environmental conditions, the research team were able to understand how the material ejected is transferred and mixed with interstellar gas to form new astronomical objects.

For the first time, the physicists simulated the detailed formation of protoplanetary nebula. These are astronomical objects that develop during a star’s late evolution. They modelled the formation of the shell of materials that is released as the star ages. These shells form planetary nebulae, or ring-shaped clouds of gas and dust, which are visible in the night sky.

The study revealed how the gas and energy expelled by stars are returned to the universe, and in what forms. It found that the elements produced by dying stars are transferred through a process of fragmentation and recycled into new stars and planets.

“Initially, we were perplexed by the results of our simulations. We needed to understand what happens to the expelled shells from dying red giants. We proposed that the shells must be temporary, as if they stayed intact life could not exist in our universe and our planets would be unoccupied.”

Professor Smith continues: “The shells are not uniform. Most are likely to be cold and molecular. They disintegrate into protruding fingers and so lose their integrity. In contrast, warm atomic shells remain intact. This provides vital clues about how carbon and other materials are transferred and reused within our universe. Our civilisation happens to exist when the generation of recycled material is at its highest. That is probably no coincidence.”