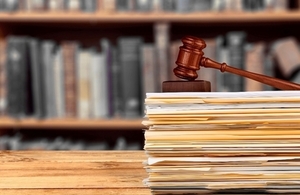 Robert Green worries that repeated warnings about the falling standards of forensic science are continuing to fall on deaf ears.

Commenting on today’s annual report from the Forensic Science Regulator, which warns that falling prices and continuing cuts to funding for forensic science work are eating into essential services, Robert Green says: “The UK Forensic Science Regulator and others have repeatedly warned of the dangers of under investment in forensic science, as well as the delivery of forensic services in the absence of quality standards. Seemingly these warnings, along with the need to provide our Regulator with statutory powers, are falling on deaf ears. A major miscarriage of justice due to the use of unaccredited services could be just around the corner.

“The police procurement framework requires private forensic science providers to maintain accreditation to the ISO 17025 (or similar) standard. The fact that some suppliers used by the police service are failing to meet basic quality standards is alarming. Remember though that these are the same standards which appear to have been breached during the many thousands of cases that have gone through the Randox laboratory.

“We must also remember the amount of forensic testing done within police laboratories in the absence of any accreditation. There have been a number of recommendations that all police laboratories should achieve and maintain quality accreditation for all forensic testing services. Despite this, much of this accreditation has yet to come to fruition. While the quality failings we have seen in outside suppliers are shocking, at least these are in the open and can be acted upon and lessons learned.

“Those analyses that are undertaken within the police service are far less visible but undoubtedly as perilous. I believe that we are likely to see a miscarriage of justice which is brought about, not by the submission of items for forensic testing, but from those cases which are either handled internally or not examined at all.

“However, it is not necessarily correct to form a nexus between the closure of the FSS. Similarly, we cannot chase the unimaginable dream of ‘zero defects’. In any process (scientific or otherwise) errors will be revealed; hence the need for detailed and regular quality checks. It is simply unacceptable to have forensic science practised in the absence (or failure to adhere) to quality standards.”