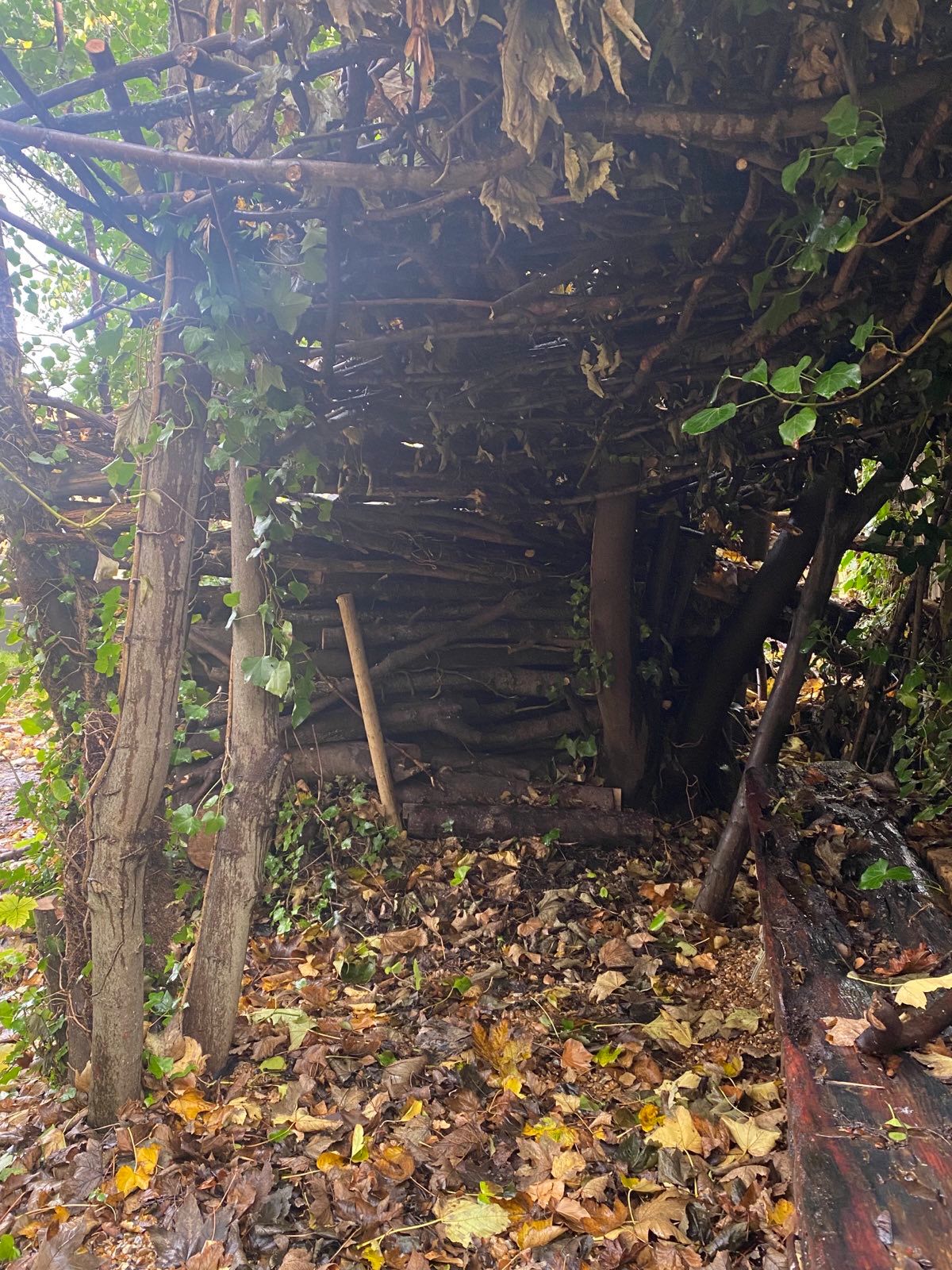 At the back of The Margate School was an area of wasteground that is gradually being transformed into a community garden. The work, led by Estelle Rosenfeld (who organised my residency among doing a thousand other roles) has been developing since ____, with volunteers helping out to get the site tidied, planted and useable. All the School’s organic waste now feeds the compost heap, the trees have been sympathetically cut back to allow in the light, and two garden-focused artist’s residencies began in October on the newly transformed ground. Using the felled branches of the trees, I wove together a frame and roof. Other volunteers including Joel, our regenerative practitioner in residence, then topped it with leaves and smaller branches to make sure the rain couldn’t get in. Now the garden has a weather-proof shelter (keeping with the camping theme) and can be used all year round, including for residents and artists – who seem to like it.