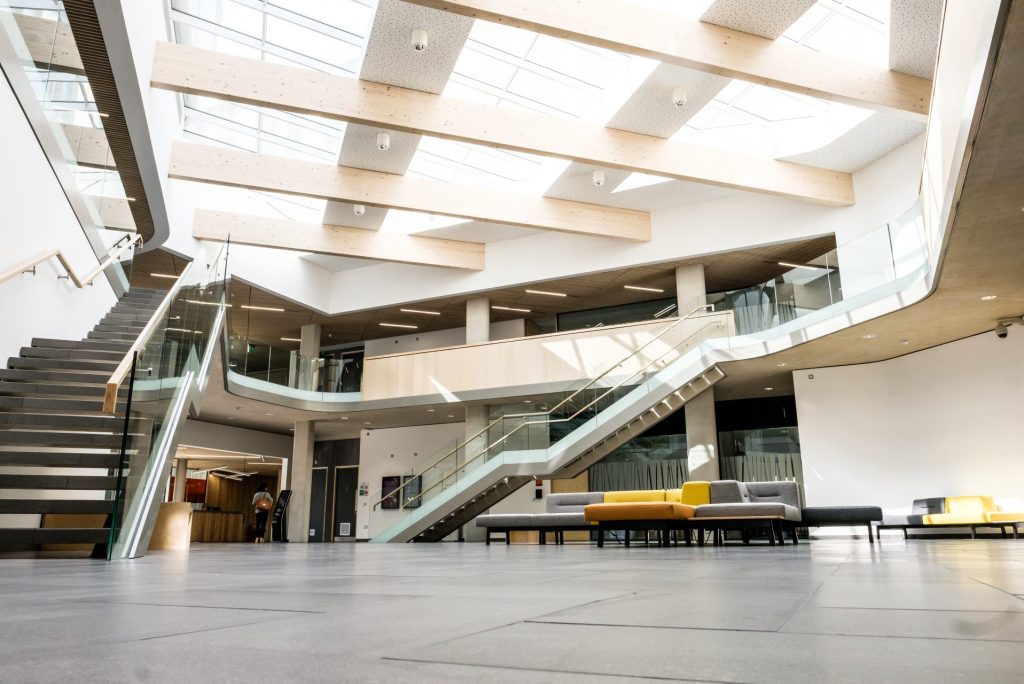 With only three more days to go until Welcome Week begins, I thought I’d share snippets from my Welcome Week last year. From what I can remember, at least. A lot has happened since then!

All the Fresher’s (or ‘Fresh Meat’ if this was Mean Girls- luckily it isn’t and you can wear pink any day you like, not just on Wednesdays) were grouped into the biggest lecture theatre in Sibson, which can host nearly three hundred people. Not knowing anyone, I sat in a row by myself. There was one other girl in the row, but being socially awkward at times (for ‘at times’ read ‘all of the time’), I didn’t sit near her. I left enough space for a whole football team to sit in between us. Fast forward maybe ten minutes and I heard the people in the row behind me talking. A sense of misplaced county patriotism kicked in when I heard them say ‘Essex’ and I chose that precise moment to turn around and announce ‘I’m from Essex!’ Tumbleweed drifted past and they looked at me unblinking before resuming their conversation. I cringe so much just reliving that in my head and that’s the only reason I have total recall of that moment. Wish I had total recall of my lectures…

The person leading the introductory session told us to form groups for the activities taking place around Sibson and I immediately went into meltdown. Luckily, the girl in my row was the first to break our little Mexican stand-off by asking me if I’d like to join her group. I’m really glad she did, because we are still good friends now! So don’t worry if you’re more of a shy person- things will still fall into place.

I won’t go into detail about all the different activities that afternoon just in case any of them are being recycled this year. No spoilers! I will talk about the format of the activities, though. Each station had its own flag and we had to collect them all. I guess it was a way to meet more SMSAS students in a mathematical revamp of ice-breakers, as well as a way to familiarise ourselves with the Sibson building before lectures started. Imagine ‘Capture the Flag’, only more competitive, if that’s possible!  The race had begun and once everyone in our group had introduced ourselves, we headed for the elevators. We thought we were being clever by taking the elevators and not the stairs. We thought it would give us an advantage time-wise. Or maybe that’s what I told myself and the others were just being lazy, who knows?

Ding! The doors of the elevator open up to the second floor study space where a lecturer is already telling groups the instructions for that station’s activity. We all stand frozen in the very loud elevator as every head turns to us, including the lecturer’s. Exiting the elevator, we decide to play it off and rather than joining the groups already seated, we walk around the corner, praying that the notion of ‘out of sight, out of mind’ holds true. We’re whispering to each other at this point, equal parts embarrassed and lost. Somehow (and I’ve tried retracing our steps and still don’t understand how), we ended up on the Business side of the Sibson building. I remembered from my tour of Sibson earlier that year, that there were ‘autumn/winter’ colour schemes for the Business half of Sibson and ‘spring/summer’ colour schemes for the Maths half. On spotting tones of red and brown, I turned to the others in the group and talked about the seasonal colour schemes and they looked at me like I had grown another head. They were probably thinking I had stumbled into the wrong Welcome Week session and should have been at an Interior Design one instead. When delivering the Applicant Day tours to prospective students, I like to mention about the different colour schemes, hoping in vain that it will slowly amalgamate into common knowledge.

In the wild (a.k.a. the Business half of Sibson), we stumbled across two lecturers. We marched up to them with our flags and asked if they knew where the next activity was. They looked at us blankly, so we retraced our steps and returned to the activity on the second floor. Upon our return, the lecturer looked at us with a small smile, like he was still seeing the elevator doors open in his mind. We managed to get all of the flags in the end, but we didn’t win. The time saved by taking the elevator opposite reception was wasted by getting lost on the far side of the building. That was my first time using the elevator in Sibson… and last.

Overall, I met some amazing people during Welcome Week and I’m glad I went to all of the events on the timetable because it really did prepare me better for the first week of lectures and put my mind at ease. If I could give any advice for Welcome Week it would be to just be yourself. Don’t worry if you do something embarrassing- you’ll probably remember it the longest out of anyone and be able to replay it in ultra-high-definition in your mind! It’s character building (or so they say). Oh and if there’s an activity involving food, don’t eat it before you can solve the problem. Not that I did that, of course…