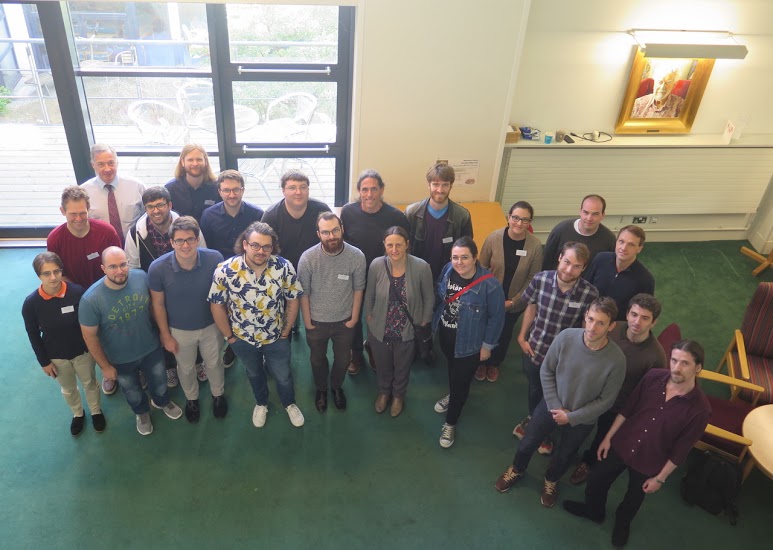 Senior Lecturer in Mathematics, Dr Constanze Roitzheim, represented the School at the 34th British Topology Meeting held at the University of Warwick on 16 – 18 September. Constanze’s talk was the first of the day on Tuesday 17 September and was entitled Equivariant homotopy commutativity, trees and chicken feet.

“Commutativity up to homotopy can be daunting, and it gets even more difficult to track when equivariant structures get introduced. In the case of a finite group, however, the options for equivariant homotopy commutativity can be encoded using simple combinatorics…”. Her talk included relevant examples.

Attendees are shown in the photograph at the top of this story.