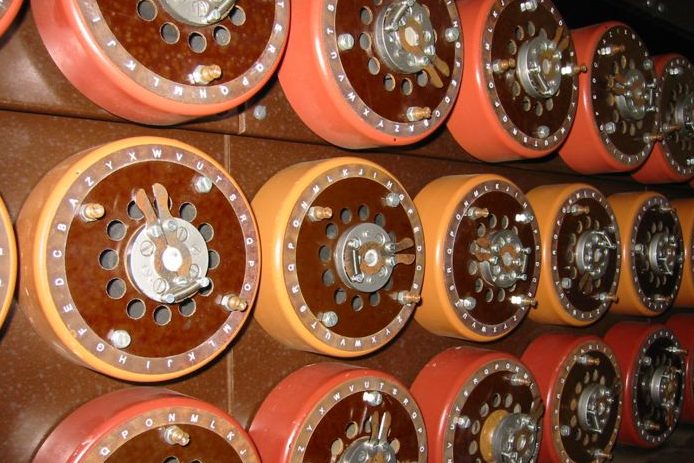 Friday 9 July 2021 marked the 80th anniversary of the cracking of the Enigma Code by a team at Bletchley Park, led by the British mathematician Alan Turing. Professor Andy Hone at the School of Mathematics, Statistics and Actuarial Science comments on this pioneering event in history and the impact that pure mathematics has on modern life. He says:

‘This anniversary is a chance to celebrate not only the work of Turing, but also the achievements of pure mathematics more generally.

‘Turing designed the Bombe, an electro-mechanical device which ran through all the possible ways that a message could be encrypted and allowed his group of cryptologists to decode communications intercepted from the German navy. This gave Britain a strategic advantage which experts believe may have shortened the Second World War by at least two years.

‘Earlier pioneering work by Turing in mathematical logic laid the foundations for the theory of computing, but his Bombe had a 19th century predecessor in the form of the Analytical Engine. This mechanical computer was designed by Charles Babbage, with instructions written by another British mathematician, Ada Lovelace, who can lay claim to be the world’s first computer programmer, although the machine itself was never built. Turing was involved with making some of the first modern electronic computers in Manchester just after the war.

‘Pure mathematics lies behind many other developments that are vital to modern life, ranging from the modelling of infectious diseases like Covid-19 (which is based on differential and difference equations), to secure online banking and shopping (which relies on number theory and abstract algebra). It is estimated that pure mathematics adds £200bn annually to the UK economy, or 10% of GDP, which demonstrates its critical role in today’s world and the future.’

Kent has a proud history of research and teaching in pure mathematics, which is one of the top three subjects for graduate earnings. Researchers at Kent have made fundamental advances in algebra, analysis, geometry and number theory – all areas which, despite seeming very abstract, underpin our understanding of most current/future technology, and other practical disciplines like cyber security. Kent has recently launched the new Institute of Cyber Security for Society, part of the Kent Interdisciplinary Research Centre in Cyber Security (KirCCS), one of only 19 centres in the UK to be recognised as an Academic Centre of Excellence for research in this area.