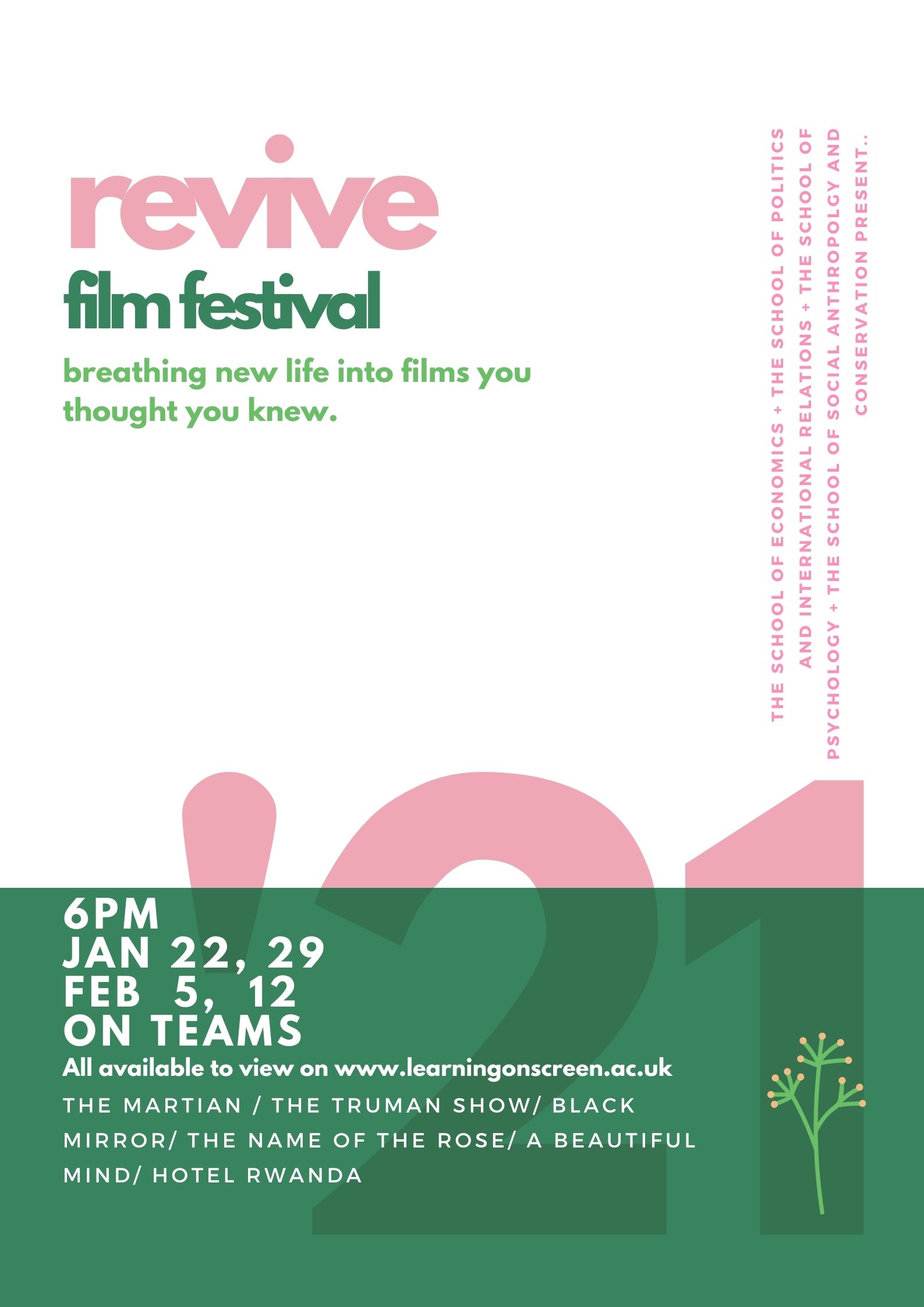 Presented to you by the Schools of Psychology, Economics, Politics and International Relations, Anthropology and Conservation the Revive Film Festival arose as an effort to combat isolation and reach out to each other in this third lockdown. Good movies have the power to open up a world beyond the constraints of the space we inhabit. They open our mind to different perspectives and bring us together even if we are apart.

The Humanities and Social Science Division was formed in October 2020. The virtual film festival was officially ‘opened’ by Professor David Wilkinson: He spoke of his hope for “intellectual synergies” between the four schools.

“All four disciplines and all schools seek to understand how humans interact with one another, with the environment and with the systems and organisations that they have constructed.”

This informal event was the start of that synergy. The two movies “Hotel Rwanda” one chosen by Dr Anirban Mitra in the School of Economics and the other “The Martian” chosen by Dr Devin Finaughty in SAC, cover a multitude of issues: Conflict, Development, Politics, Environment, Isolation, and are discussed through a multi-disciplinary prism by academics from all four schools in the division.

This week’s films are The Truman Show chosen by Dr Lindsey Cameron in the School of Psychology and A Beautiful Mind chosen by Dr Maria Garcia-Alonso from the School of Economics. The discussion is open for all, staff and students, to express their thoughts or just listen in to what others have to say and be part of our diverse learning community.

Join us, Friday 6pm on Teams