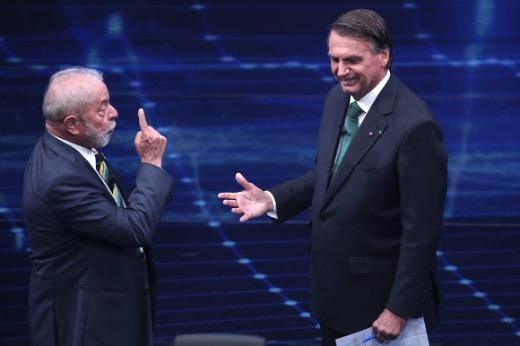 On Sunday the 31st of October 2022, Brazilians headed to the polls in a battle for the soul of Brazil. A country scared by a recent history of dictatorship, political violence and corruption scandals, and in what many saw as the most important elections in Brazilian history, the stakes could not be higher.

Luiz Inácio Lula da Silva was a metalworker during the Brazilian military dictatorship which ruled Brazil from 1964-1985, he became active in politics and as well as founding the Partido dos Trabalhadores (PT), in English known as the workers party, a socialist party built around mass membership of working-class Brazilians, he helped to lead large scale strikes, which were credited in helping bring about the downfall of the dictatorship. After this he ran as the PT candidate for president in 1989, 1994 and 1998, coming second place every time until 2002 when he won 62% of the votes and every Brazilian state bar one, Lula became the first leftist president of Brazil since before the dictatorship. Lula served two terms as president of Brazil, overseeing large scale reductions of poverty due to his government’s programs, a sharp decrease in deforestation of the Brazilian Amazon, and improvement of social rights for LGBT, indigenous and black Brazilians.

Lula stepped down as president in 2010 leaving office with an approval rating of 89%, and Dilma Rousseff, also of the PT, was elected president as the first female president of Brazil. Re-elected in 2014 Rousseff only served half her term, as a corruption scandal threatened to destroy the PT and she was impeached by the Brazilian Congress. Lula attempted to run for president again in 2018, in an effort to heal the public perception of the PT, which had been badly damaged, as he was still the most popular politician in the country. However, Lula himself was embroiled in the corruption scandal and was arrested. At the the last moment, PT had to run the lesser-known Fernando Haddad as its candidate for president who was decidedly defeated by Jair Bolsonaro, ending 16 years of PT rule over Brazil.

Jair Bolsonaro started his career in the Brazilian military during the dictatorship, before entering into politics after its collapse, he was elected to congress for Rio De Janeiro in 1991, where he became a favourite of the Brazilian right-wing. An outspoken opponent of Left-wing politics, Bolsonaro would often garner controversy for his positions on social issues, such as claiming that he would rather his son die in a car crash than be gay, or that it was possible to change a child’s sexuality from homosexual to heterosexual by beating them. Also controversial was his flowery nostalgia for Brazil’s military dictatorship, in his congressional office he had framed pictures of all of the dictators of Brazil and had claimed that “the error of the dictatorship was that it tortured but did not kill”. Bolsonaro dedicated his vote to impeach Dilma Rousseff to the man who ran the torture facility where she was kept when she was imprisoned for being a guerrilla fighter during the dictatorship. Riding a wave of popular discontent against 16 years of PT rule and the much-publicised corruption scandals, Bolsonaro was elected president of Brazil in 2018.

Bolsonaro’s tenure was marked by mass deforestation of the Amazon rainforest, the gutting of social services and workers’ rights such as closing the ministry of labour, and a denialistic approach to the COVID-19 pandemic, which opposition parties including the PT called a “genocide” due to it being particularly prevalent in minority communities. However, in late 2019, journalists exposed messages between judges who had worked on Lula’s trail and revealed that the judges had admitted to imprisoning Lula for political reasons, Lula was let out of prison, and in 2021 the supreme court of Brazil overturned his convictions, allowing him to run for political office once again.

The campaign trail was crowded with contention, with Bolsonaro and his allies describing Lula as a thief and as a corrupt communist, while stressing Lula’s closeness with other Latin American leaders such as Fidel Castro, or the president of Venezuela, Nicolás Maduro. Lula’s team made use of Bolsonaro’s previous claims, such as Bolsonaro saying he felt sexual “chemistry” with a 14-year-old girl or that he “would eat an Indian (indigenous Brazilian)”. In the end, Lula was able to win the presidential election with 51% of the vote.

Lula’s policies include a commitment to “zero deforestation”, a transformation of the Brazilian environmental approach analogous to the green new deal proposed by British and American progressive politicians, strengthening of worker’s rights, and protecting minority communities legally.

Lula will inherit a much more divided Brazil than he had found it when he first took office in 2002. As Bolsonaro supporters take to the streets to protest the election, Lula will have to try to be a president for all Brazilians, while passing his ambitious agenda through a deeply divided congress and ensuring his PT successor can win the election of 2026. It will not be an easy task.’

Joel Nugent is studying for a BA (Hons) in Politics and International Relations.