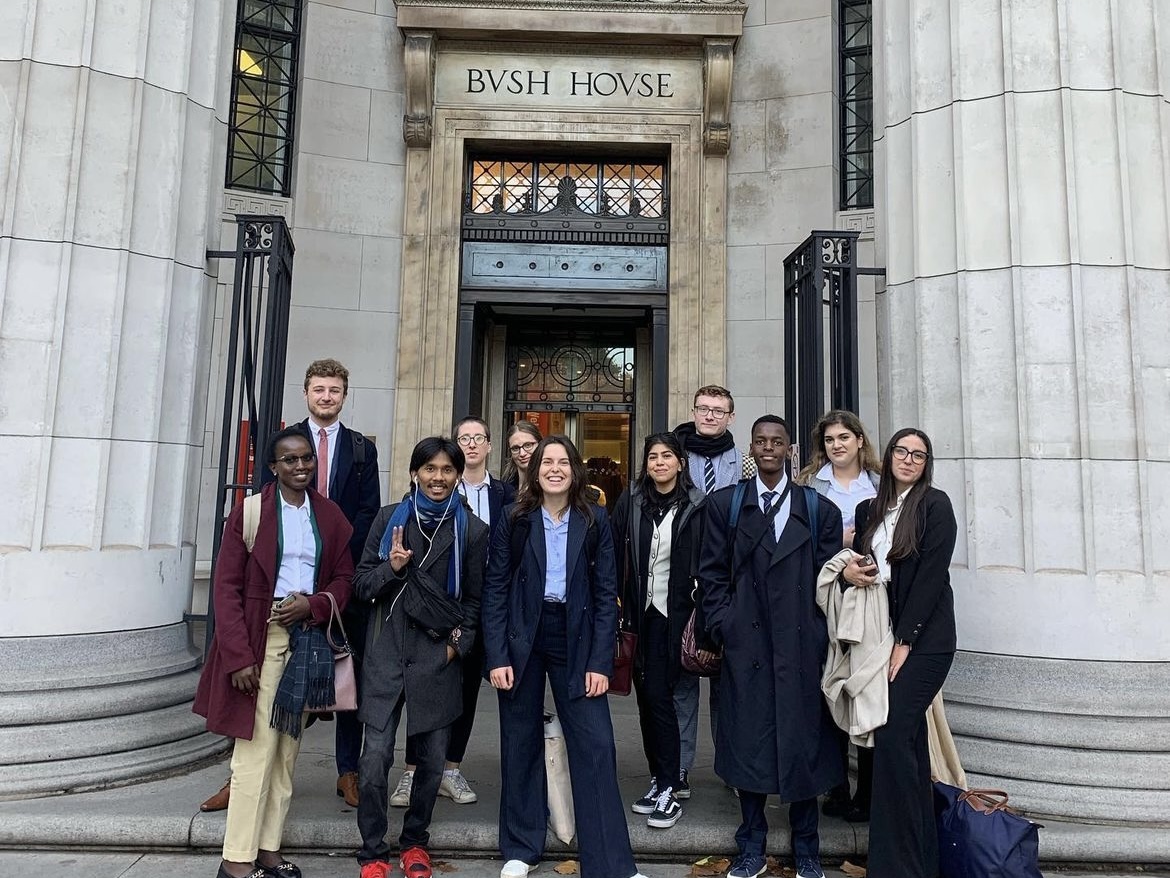 On the 22nd and 23rd of October, the first Model United Nations conference of the academic year – ULMUN – took place, reuniting 100+ students around the UK. KentMUN was of course in attendance with 10 delegates and 3 chairs. For most it was the first time attending this kind of event and most members were nervously excited for the conference. Over the two days, delegates were divided between various committees and discussed a variety of topics from ‘Improving access to women’s healthcare in conflict zones’  to ‘Assessing ongoing peacekeeping operations in the middle east’. All committees managed to pass a resolution by Sunday after many debates and speeches on the topics.

The conference led by King’s college was the best way for newcomers to have a first exposure with the rules of MUN as well as experience such a unique event. Beatrice, a first-year student in PolIR and new member of KentMUN says that “from the beginning everyone was really nice, the chairs went over the rules and explained everything, which was very helpful to gain more confidence about the whole process. Whenever we had a question they would give us really clear answers and make sure all the delegates understood. No one would judge or interrupt you while you were speaking and even if there were issues with what we were saying or something was against the rules then the chairs would just tell us in a nice and polite way.”

It was also a new experience for the myself and two others from Kent, Théophile Bernard, Halle Breed, to chair  to the conference. Although we have experience going to conferences, this was our first time chairing. As chairs we are the heads of a committee and are responsible for keeping the debate flowing, and ensuring that delegates follow the rules and understand them. Halle was in UN Women, Theophile in Security Council and I in SOCHUM. We learned to be on the other side of the debate and as this is a beginner conference, we had to know the rules on the tip of our fingers. I personally really enjoyed this weekend, as I shared my passion for MUN to a new group of people and I am very excited to take this role again in upcoming conferences. Furthermore, this weekend one of our delegates received an award! Laure Chabenat, delegate of Netherlands in UN Women received the ‘Most diplomatic award’ after a long weekend of debating. The KentMUN society is very proud of her work and is looking forward to more conferences where delegates will show their hardwork.

To conclude, this weekend was full of new experiences for everybody and encouraged new people in the KentMUN society to pursue debating. As Beatrice rightfully says, “overall it was a great experience, I would recommend it especially for beginners, I gained knowledge about the topic chosen and met new people which was also a very good part of the weekend.”

Join the KentMUN society for more events during the year where you can practice your debating and negotiating skills. It is also an opportunity to meet people with similar interests from around the UK!