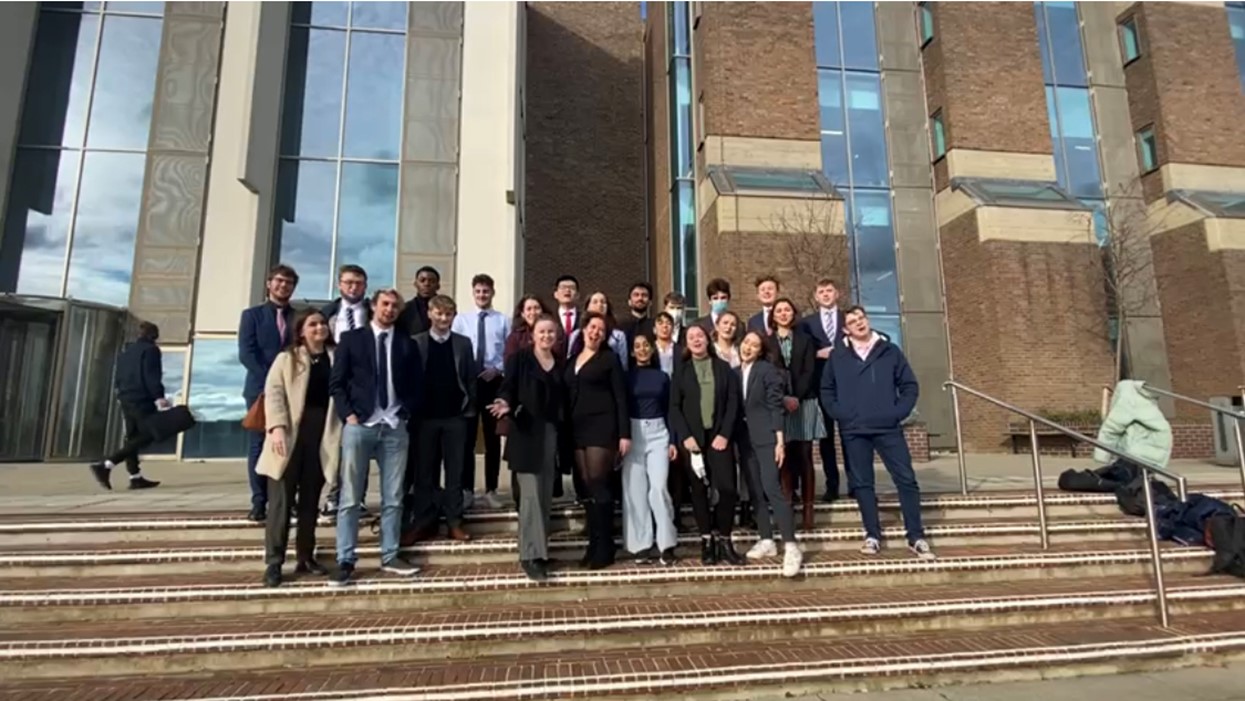 Have you ever wondered what it would be like to debate on world problems in the United Nations? If you have, MUN is a great opportunity for you. Halle Breed blogs about it here.

‘So, what is Model United Nations?

Well, I can give an official definition, but I can also tell you why it means so much more than what it seems.

Officially, Model United Nations (or MUN) is a programme where students take the role of a country and represent their views on a particular topic within a UN simulation. Students are referred to as ‘delegates’ throughout, and the role of a delegate is to advocate for their own country’s interests, whilst negotiating and compromising with other delegates to come up with a co-operative solution. This is done through different formats; a ‘moderated caucus’ gives delegates an opportunity to make a speech on a specific topic, whilst an ‘unmoderated caucus’ provides the opportunity to negotiate with your fellow delegates and form blocs. This all leads to drafting and writing a resolution, which protects your own country’s interests but also considers other country’s views and situations! The KentMUN society meets weekly and trains for MUN conferences, which are usually held over a weekend, where you work with other students from different universities. This year, the KentMUN society has attended WarMUN in Warwick, LiMUN in London, and SussexMUN in Brighton, as well as hosting our own KentMUN conference. Conferences are a great way to practice diplomatic and public speaking skills, as well as providing the opportunity to visit new places and make new friends.

MUN is also about both leadership and teamwork simultaneously. MUN provides you with the unique opportunity to learn when to take charge and lead the conversation, and when to sit back and work with your peers to consider what is best for everyone involved. This teamwork also allows you to meet interesting people from all over the world; people you would never usually get to meet. One of the best things about MUN is the friendships and connections it offers you, often on a global scale. MUN also allows you to travel. This year the KentMUN society this year has been to Warwick, London and Brighton, and each of these trips have offered the opportunity to visit a new city, and travel with friends. Our London trip was a particular highlight; the conference was held at King’s College, so we spent our days in central London, and the weekend included a gala dinner and lots of sightseeing! Whilst conferences are an amazing academic experience, they are also a great chance to just have fun with friends. Some of my favourite memories from conferences include singing karaoke and watching the sunset on Brighton beach, and travelling back to our accommodation in London passing Big Ben and the Houses of Parliament.

So, that’s a definition of what MUN means, but I’d like to talk about what MUN means to me, and what the KentMUN society has been up to this year. For me, MUN is firstly about inspiring young voices; creating a space in which students find the confidence to speak in front of others, but also to consider other countries’ points of view. I believe the KentMUN society is an empowering environment; to me it represents a group of people who encourage each other to use their voice, but equally listen to and learn from each other. This creates a space in which we can discuss controversial and difficult topics, safe in the knowledge that we can speak freely and that our voices will be heard. A clear example of this was the KentMUN conference we hosted earlier this year. This was my first conference, and really showed me what MUN is all about. It represented a platform for students to speak in confidence, in front of other students who carefully considered what was being said and how that fit with their own countries approach. This unique environment is what makes MUN so special. MUN allows you to learn from each other. When you are first allocated a country for a conference, it can seem quite daunting. Suddenly you have to familiarise yourself with a country you might not know a lot about, on a topic that can often seem quite specific. However, this is a unique opportunity that allows you to learn about many global approaches to many different issues. So far, I have represented the UK discussing climate refugees, Grenada on election fraud in the cyberspace, and the US on the question of colonial reparations. This broad range of countries and issues may be things I would previously know nothing about, but it has expanded my knowledge in ways I would never have before. This is mirrored in your opportunity to learn from your peers; hearing speeches from the viewpoint of many different countries really expands your knowledge on international affairs, but also allows you to learn it from other students and young people. This again is a unique experience that empowers young people to grow and be educated from each other.

MUN really goes above and beyond any expectations I had when I first signed up back in September. I really believe it is one of the best ‘extra-curricular’ activities that anyone can do. Not only is MUN an investment into your future career that any employer will look favourably on, it is also an investment into your time at university. My year at university wouldn’t have been the same without the opportunities and friendships the KentMUN society has offered me; they really are invaluable!’

Halle Breed is in her second year, studying for degree in History and Politics (BA Hons)