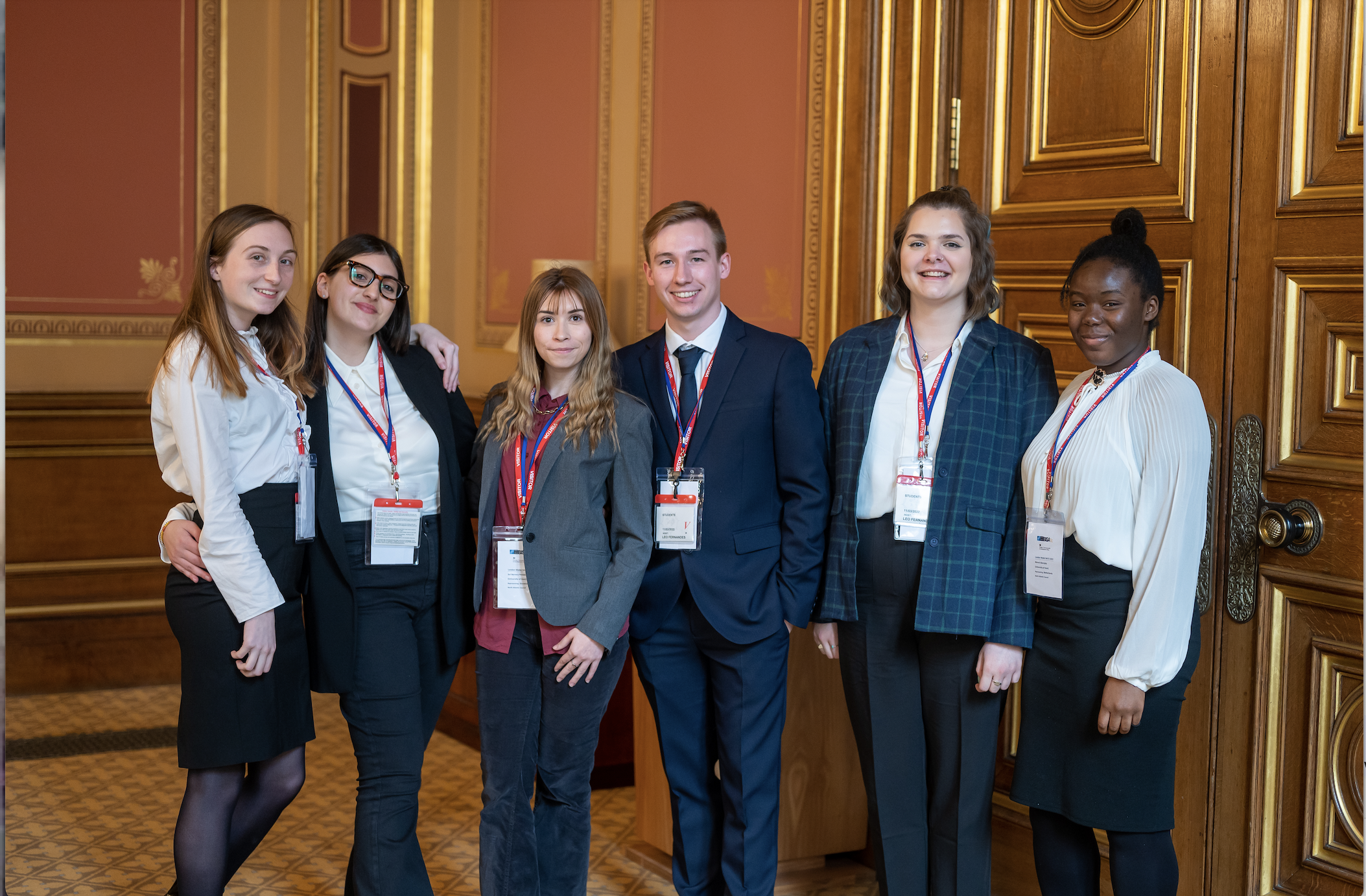 Antonia Benincasa, along with five other delegates, represented the School of Politics at this years Model Nato conference. She blogs about the experience here.

This year I had the opportunity to participate in a Model NATO Conference run in partnership with the Foreign and Commonwealth Office and the British International Studies Association (BISA). Fifteen universities from all over the United Kingdom took part in the simulation, each of them representing a NATO member country across three committees: the Military Committee, the Civil Emergency Planning Committee. The delegates had to agree on a detailed set of actions to be approved in a final declaration by the North Atlantic Council, NATO’s highest authority.

The event takes the form of a simulation, reacting to a crisis scenario -in this case multiple earthquakes across the eastern Mediterranean and South-East Europe resulting in significant loss of life and mass displacement of populations and to respond by mobilising NATO’s political and military resources. By assuming this, each delegate had to research their country’s resources, political positions and possible main allies prior to the Model. The role that I took for the day was to be part of the Civil Emergency Planning Committee representing the Netherlands, organising a direct response through negotiation, collaboration and dispersion of resources over the crisis.

Being a NATO delegate for a day has been an amazing and instructive experience both for my studies and my future and the fact that after two years the event took place in presence at the FCDO made it even more special. I was able to broaden my horizons,  understanding more closely how NATO works and what it means to work in a diplomatic field. This event gave me the chance to develop more my debating and critical reasoning skills. It was an incredible feeling to be surrounded by other students from all over the country who share your own interests and concerns.

Even if at first glance could seem like an intense experience, mainly because it is difficult sometimes to find an agreement and negotiate a possible solution, this is how diplomacy works and it just made the simulation more credible. Overall, my team and I enjoyed the event and I highly recommend this unique experience.

Antonia Benincasa, is a stage 2 student, studying for a degree in Politics and International Relations with a language BA Hons.