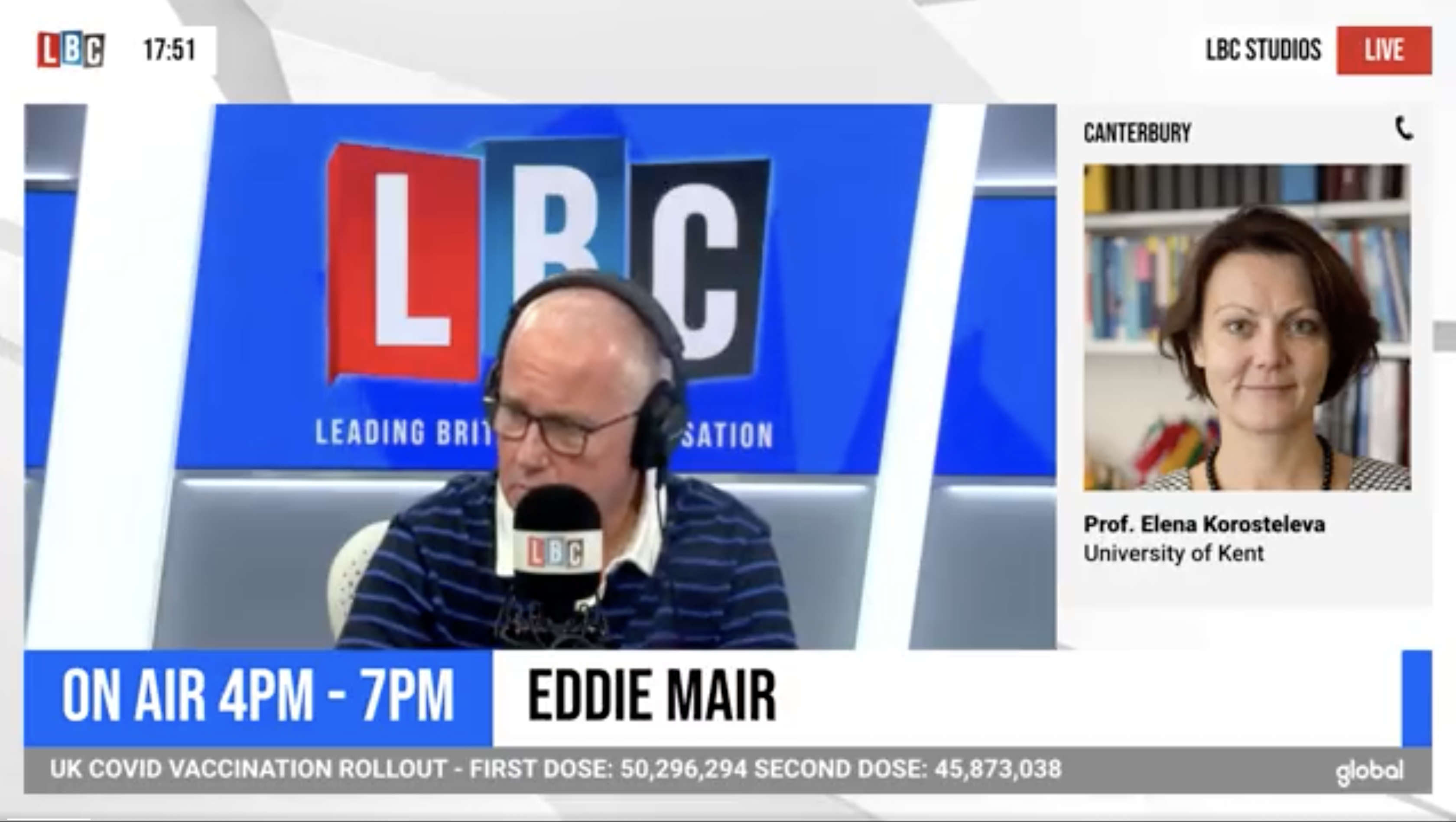 Professor of International Politics at the University of Kent, Elena Korosteleva, has commented on the migrant crisis that is taking place along the Poland-Belarus border.

Speaking on LBC this week, Professor Korosteleva noted that the crisis has not been dealt with properly by the EU, and that this crisis isn’t only seen on the Polish Border, but can also be seen in the Baltic states, specifically Latvia .

“We’re having a crisis of refugees in Belarus”

LBC host Eddie Mair then went on to ask if Professor Korosteleva believed that the crisis was instigated by Alexander Lukashenko in which the professor responded. “Absolutely”

commenting on the situation for the migrants caught within this crisis, Professor Korosteleva said the following.

“These people are left in their camps in absolutely inhumane conditions”

To listen to the full interview click on the link below!

Also hear Korosteleva on the BBC Radio Scotland (Good Morning Scotland) about the escalating crisis on the EU/Belarus border here.