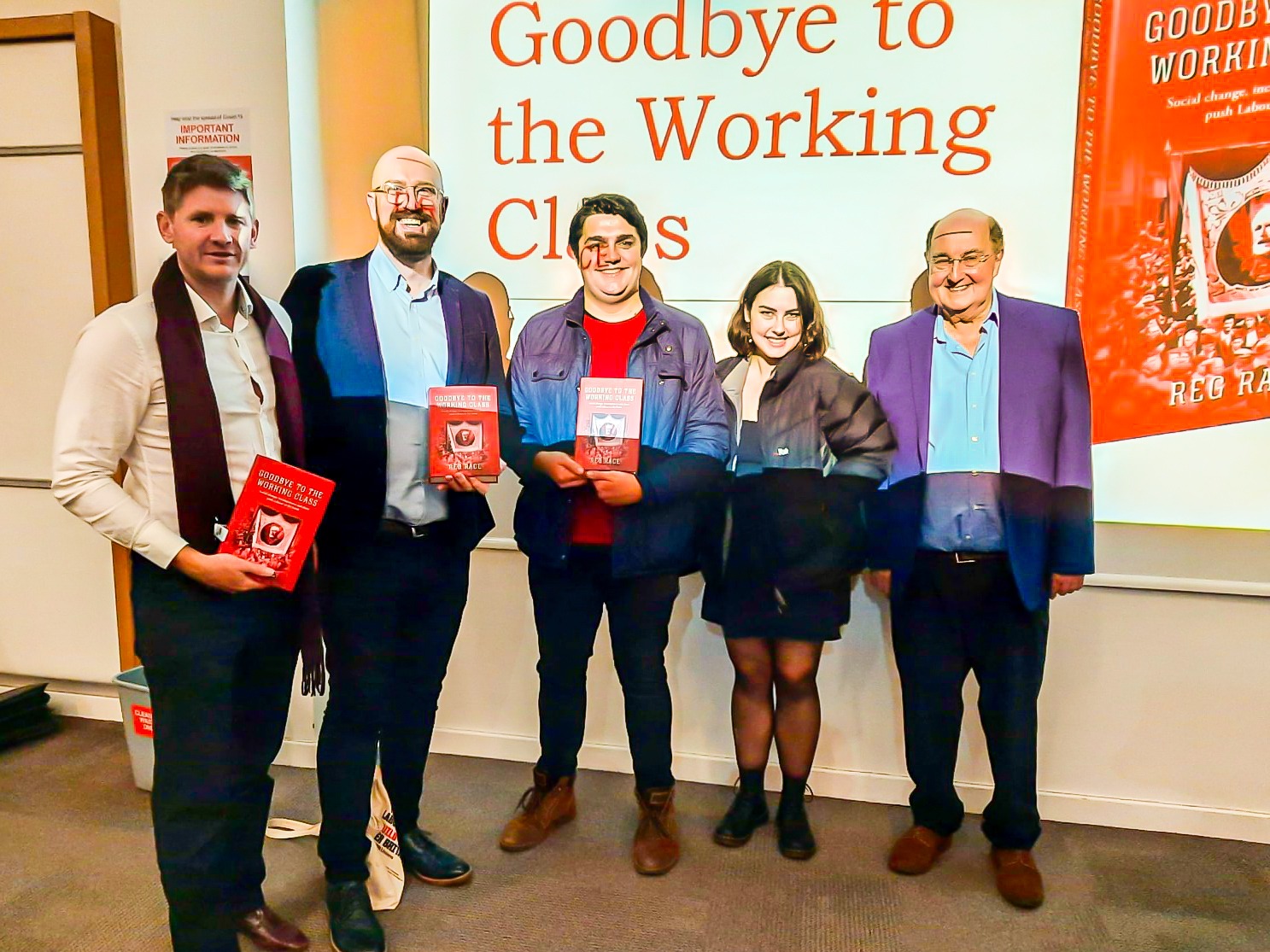 Reg Race was one of the original 500 Kent students, so it’s fitting that he came back to launch his new book here in the Grimond Lecture Theatre with the Kent Labour Students society attended by students past and present. Paul Prentice was one of them. He blogs about the event here.

Few people would have anticipated the impact that a new university would have had on the sleepy market town of Canterbury in 1965 – a city more for historical and religious reasons than any pretensions as a buzzing metropolis. The Robbins Report on Higher Education ushered in a massive expansion of student numbers: then, 8% of 18 year-olds went to university, compared with almost 50% today.

One of those students was Reg Race, one of the first 500 at Kent University, who a few years later, made his own mark on the city’s politics and went on to become the Labour MP for Wood Green.

Race’s early experiences as a student activist in Canterbury mark the beginning of his new book. Goodbye to the Working Class, launched at an event in Grimond building on November 2, addresses the long-term trends that have shaped the Labour Party – and not always for its own good. The decline in manual labour meant a nation of factory workers really did evolve into a nation of shopworkers, as characterised by Napoleon, but in the main, a non-unionised workforce. Solid party affiliation withered over many years, and not just around the 2016 Brexit referendum and 2019 general election. The decline of the working class as a political force was felt in the mining towns across parts of the North, Midlands and Scotland, and other communities attached to long-disappeared industries across the country.

Yet, the Parliamentary Labour Party in 2021 looks very different to that of 70 years ago, with just 2% coming from manual trades, compared with 35% in 1951.

There remains hope, not least locally, with Kent Labour Students upholding a tradition of young Labour activists and socialists at the University becoming involved in the politics of the city itself – something that was earlier manifested in Race’s successful campaign to win Canterbury City Council for Labour for the first time ever in 1972. Fast forward more recently and the ability of Labour to win here has been proven again – culminating in Rosie Duffield’s successful campaign to oust the long-serving Conservative MP Julian Brazier in 2017.

While Labour may have held its own in Canterbury – a more organised, professional party is nonetheless needed in the country at large, where a larger working class vote is not just nice to have, but crucial to Labour winning. The party cannot afford not to embrace the working class.

Race trumpets effective political organisation in the only party in all of our lifetimes that has provided a realistic alternative to the Tories: Labour needs more working-class candidates, more capable people and a sharper focus. It needs to clean up its own councils, holding its own representatives to higher standards when it comes to incompetence and corruption that’s increasingly endemic across politics.

For Race, and no doubt others who want to see another Labour government, it’s a crisis of considerable proportions. Underlining the urgency: that well-known left-wing think-tank, the Bank of England, has predicted that 1 in 3 UK jobs (15 million) will be replaced by AI and computerisation in the next decade.

Race’s argument goes that the small island of red that became one of Labour’s few success stories in the last few elections may well thrive with a well-mobilised middle class vote, but those same conditions and demographic shift may struggle to materialise elsewhere unless the modern party once again nurtures, embraces and understands the working class for electoral success.

Goodbye to the working class: Social change, incompetence and sleaze push Labour to the brink