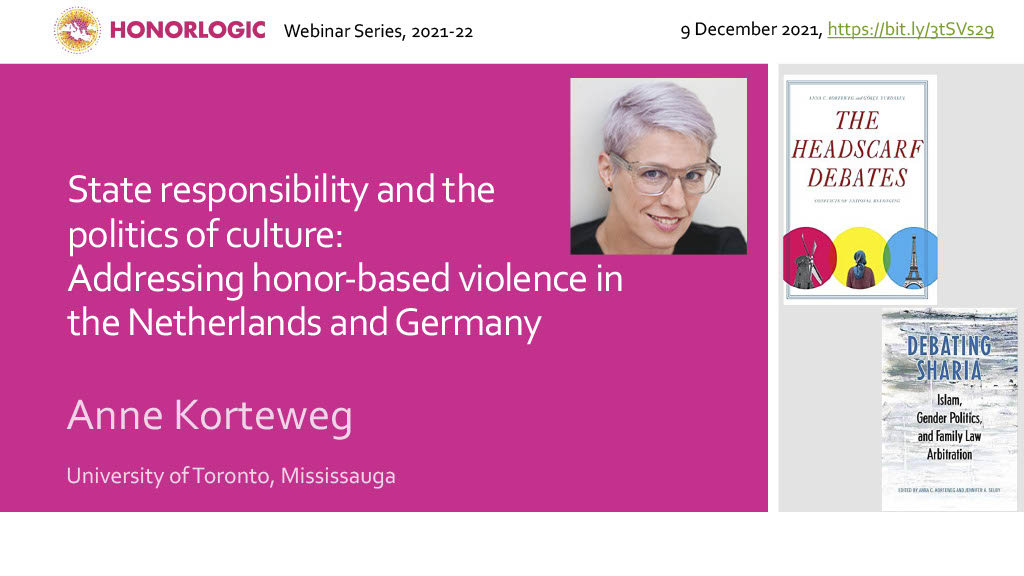 The Honorlogic team announce their new webinar series for 2021/2.

The HONORLOGIC team is pleased to launch a new webinar series which brings together researchers interested in the role of honour. The Webinar hosts talks delivered by researchers from psychology, sociology, economics, and philosophy to discuss honor focusing on its meaning and role in in social, cultural, and political processes to establish a network of researchers interested in research on honor, to showcase the ERC-funded HONORLOGIC project based at Kent.

‘Our project has been around since Sept 2019 and examines the role of honour in social interactional processes and how this differs between cultural groups in countries in the Mediterranean region and beyond.’ Professor Ayse Uskul told us, ‘The team includes partners and research assistants from nine countries around the Mediterranean (Spain, Italy, Greece, Turkey, Cyprus (South and North), Lebanon, Egypt, and Tunisia), as well as Korea and Japan in East Asia and the UK and the US in the West.’

Our aim is to initiate a step-change in our understanding of cultural variation in important interpersonal processes by providing unique, multimethod, comparative and converging evidence from a wide range of cultural groups in multiple countries surrounding the Mediterranean (where honour has been shown to play a defining role in individuals’ social worlds) and beyond. Webinars are delivered via Microsoft Teams and open to all. Please visit to register for the talks.