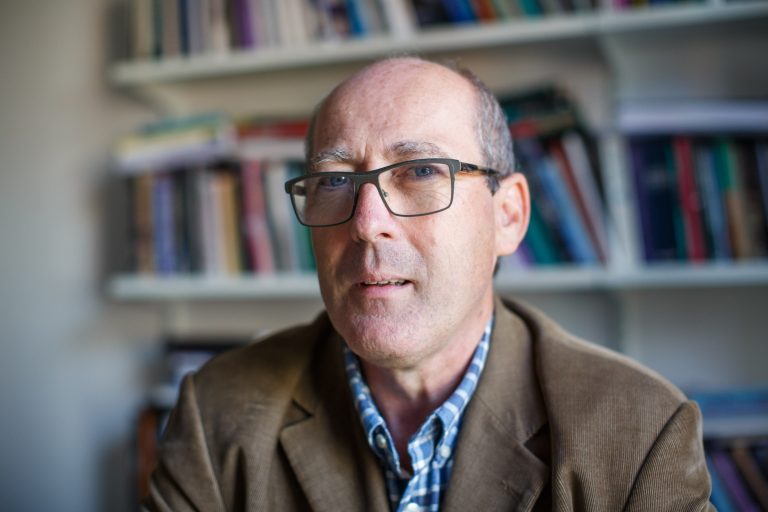 The University’s Conflict Analysis Research Centre (CARC) is holding a virtual launch for the newly updated ‘Northern Ireland: The Fragile Peace’ (Yale Books) on Tuesday 11 May from 14:00-15:30.

Written by Emeritus Professor of International Conflict Analysis, Feargal Cochrane, the open-to-all book launch will explore the consequences for Northern Ireland after Britain’s decision to leave the European Union.

Professor Cochrane will be introduced by Professor Neophytos Loizides, Professor of International Conflict Analysis and Director of CARC. Professor Loizides will oversee a discussion of the book before facilitating a Q&A between attendees and Professor Cochrane.

Originally published in 2013 as ‘The Reluctant Peace’, the re-titled ‘Northern Ireland: The Fragile Peace’ contains the complete

history of Northern Ireland from the Irish Civil War to Brexit and has now been updated to coincide with the region’s centenary.

Professor Cochrane argues that Brexit represents the biggest threat to the continued existence of Northern Ireland since Ireland was partitioned in 1921. New chapters consider the region’s troubled history from the struggle for Irish independence in the nineteenth century to the present.