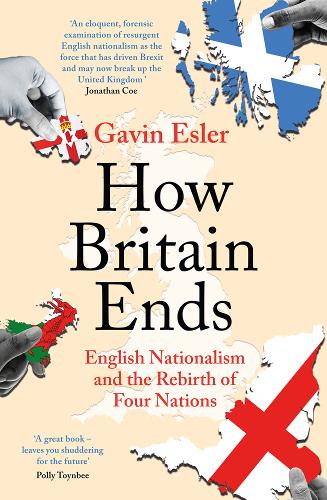 Join us virtually on Tuesday 11 May for a conversation with Gavin Esler where he will reflect on the results of the Scottish Parliament election results and the implications for Britain.

Do the Scottish election results make Scottish independence a more likely prospect and do they push the United Kingdom further down the road of disintegration?

Drawing from the insights of his new book ‘How Britain Ends?’ Gavin Esler, Chancellor of the University of Kent, will join Professor Richard Whitman for a discussion on how we have reached the point in which the future of the United Kingdom is uncertain.

Exploring the confusions of identity that have marked being British, English, Scottish, Welsh or Irish and being a citizen (or subject) of Great Britain, the conversation will delve into the past, present and future of the ‘secret federation’ that is the United Kingdom. As well as to provide an answer to the question: ‘is there a fix that can secure a future for a new United Kingdom?

The discussion, which will be held via Zoom will delve into whether the Scottish election results announced on 6 May will make Scottish independence a more likely prospect and if they push the United Kingdom further down the road of disintegration.

Esler will connect the themes of his book with the consequences of the elections and explore the confusions of identity that have marked being British, English, Scottish, Welsh or Irish.

The open-to-all discussion, ‘The Scottish Parliament Election results: How Britain Ends?’, takes place on Tuesday 11 May at 18.00. Register for free to receive an access link to the event.

Get involved by asking your questions on email to events@kent.ac.uk.