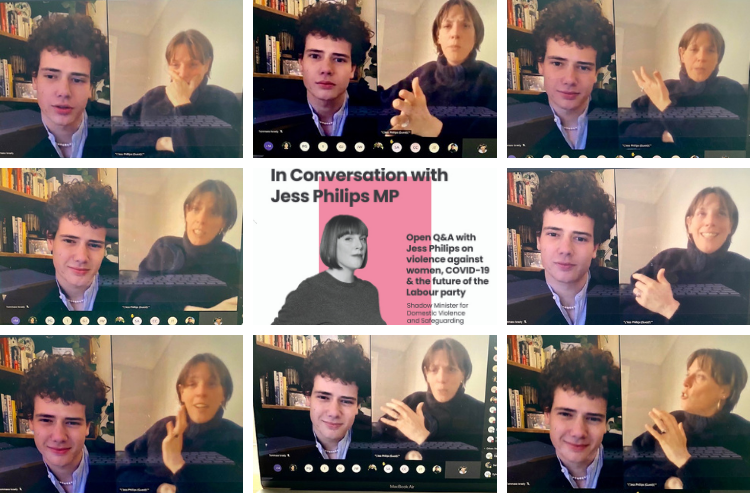 “You should always be pushing your representatives to do better and be better. . . Genuinely they’re all frightened of you! We’re genuinely frightened of the people who elect us!”

The Politics & International Relations Society at the University of Kent welcomed Jess Phillips MP for a far-reaching conversation on British politics. The discussion began with Phillips explaining her journey into politics – how jobs and experiences before her role in parliament shaped her interest in politics. Talking about her time in parliament she made remarks upon the lack of diversity, both in terms of gender and race, but also experiences; notably how the lived experiences of MPs, more often than not, do not accurately reflect those that they represent. She also brought up the inequalities that have been highlighted during the COVID-19 pandemic.

Phillips discussed her role as Shadow Minister for Domestic Violence and Safeguarding and what needs to change in politics and society to make the UK a safer place for women and girls. She explained the intersection of policy areas that impact this problem, from housing to benefits to criminal justice. Talking about sexual violence in schools and universities, she explained the lack of monitoring from groups like bodies like Ofsted and said that “universities are the worst place” for this kind of harassment and violence. The audience asked a variety of questions, ranging from the upcoming by-election in Hartlepool, to recent violence in Northern Ireland.

Watch the recording of this insightful event