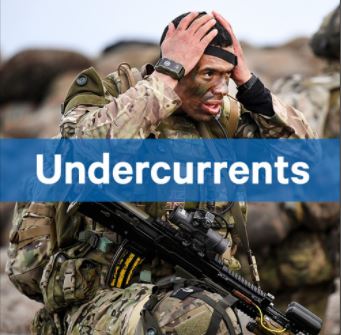 The UK government published its Integrated Review of Security, Defence, Development and Foreign Policy on 16th March 2021. The document states what Britain envisions its role in International Politics to be and what they will do to achieve this. Eliza Islam reports on Professor Richard Whitman’s analysis on this recent podcast.

“We’ve been clearer on the trade policy side but we haven’t particularly clear on the implications of Brexit for the foreign security and defence policy of the UK.”

Professor Richard Whitman, interviewed by Ben Horton on the Chatham House podcast Undercurrents discussed the future of UK foreign policy post-Brexit asking What does global Britain mean? Who are the key relationships/allies now? Is the vision presented realistic and can it be delivered? and how does the integrated review address the relationship with China?

“The government wants to offer the UK up as an active participant in managing and even constructing a sort of international relations of the future,” said Professor Whitman commenting on what the term ‘Global Britain’ means now “so both recognising that science and technology are driving a lot of changes and not wanting to be just carried along by the tide of that but also play a role in sort of managing and shaping the impact on the relations between states.”

He also mentioned the challenges the UK will have to address if they wish to achieve its goals such as finances, the response of their allies and their relationship with Europe.

To find out more, listen to the full Undercurrents podcast here.