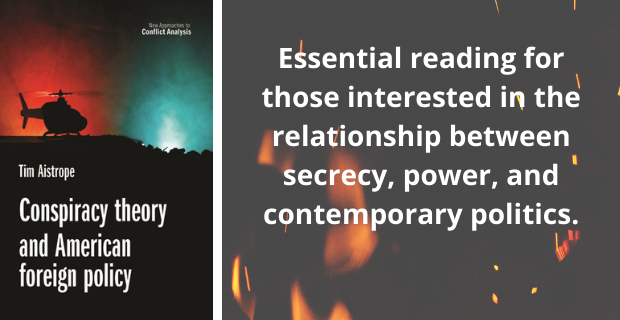 A new book by Dr Tim Aistrope is available from Manchester University Press. Entitled Conspiracy Theory and American foreign policy it examines the relationship between secrecy, power and interpretation around international controversy, where foreign policy orthodoxy comes up hard against alternative interpretations. It does so in the context of US foreign policy during the War on Terror, a conflict that was covert and conspiratorial to its core.