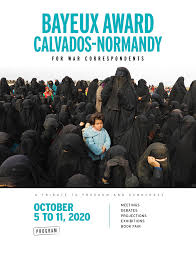 Special correspondent’s reception – SCAM
What are the issues in the fight against terrorism in the Sahel?

The Sahel is a belt of land which stretches from the Atlantic to the Red Sea. But when we refer to the Sahel we often mean just the Western, French-speaking edges. Successive military operations have been trying to counter the development of terrorist groups, especially in the arid regions – Barkhane is the French task force, Tabuka the European. But what are these missions trying to achieve?
How much room for manoeuvre do they have? What about the safety of the populations? The underlying issues of abuses against civilians, violence, famine, population exoduses, crises of governance and fragile infrastructure cannot be resolved by military presence alone.  Why are the armed groups thriving? Could a resolution of the conflicts be attained through an inter-ethnic approach?  What can an entity such as the Sahel G5, comprising Mali, Mauritania, Burkina Faso, Niger and Chad, hope to achieve? How can the crisis in the Sahel be prevented from turning into a quagmire of sand?