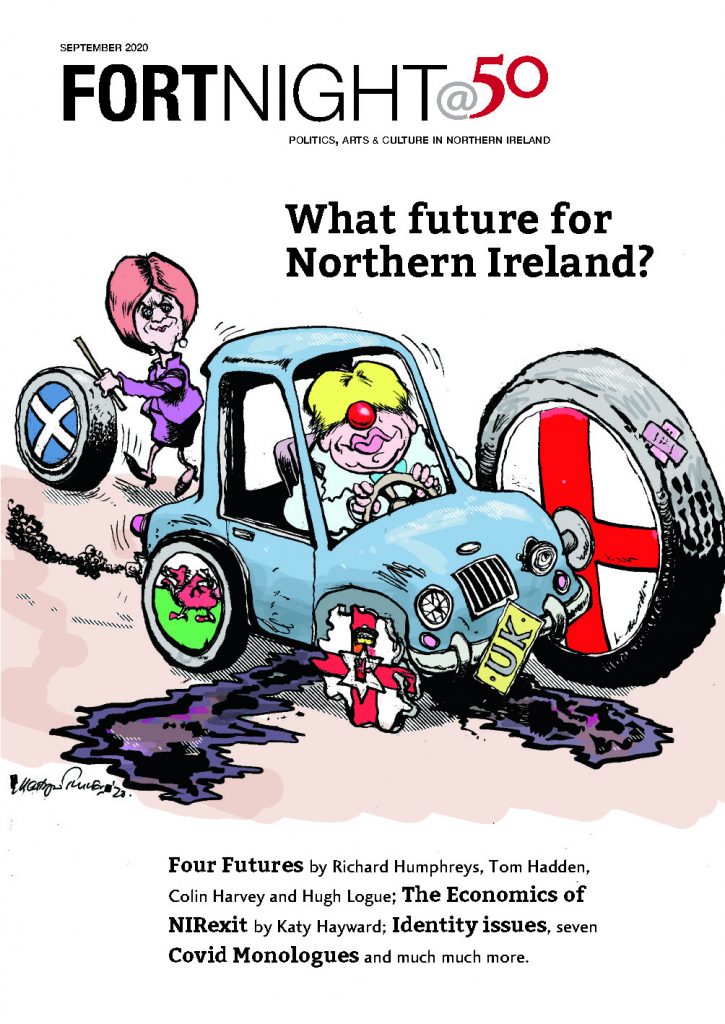 50 years after it was launched in 1970, an 80 page edition in a new format will be published on 25th September both in a printed version and free on line from our reinstated Fortnight website.

The issue will focus on some possible political and economic futures for Northern Ireland and how any changes might be debated and implemented. There will also be extended contributions on current cultural and arts developments in the North and some information for potential new readers and supporters on the past history and contribution of the magazine from its initial launch until publication was suspended in 2012.