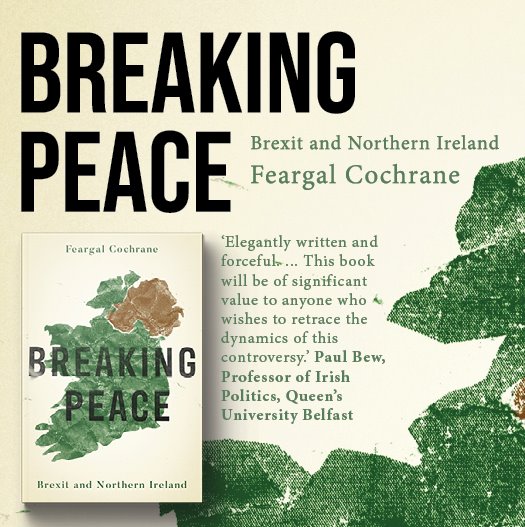 A new book from Feargal Cochrane, Emeritus Professor of International Conflict Analysis in the School of Politics and International Relations, focusses on how Brexit brought contested identities back into the centre-stage of political debate in Northern Ireland.

His book, titled ‘Breaking Peace – Brexit and Northern Ireland’ (Manchester University Press), examines how Brexit transformed the Irish border into more than a legal and territorial demarcation, making the point that following the 2016 Brexit referendum the border became an existential marker of national identity as well as a reminder of the dark days of violent conflict.

Professor Cochrane reveals the effect Brexit has had on political stability in Northern Ireland, why the Irish Border became such a stumbling block in UK Brexit negotiations and the implications Brexit has for the Good Friday Agreement.