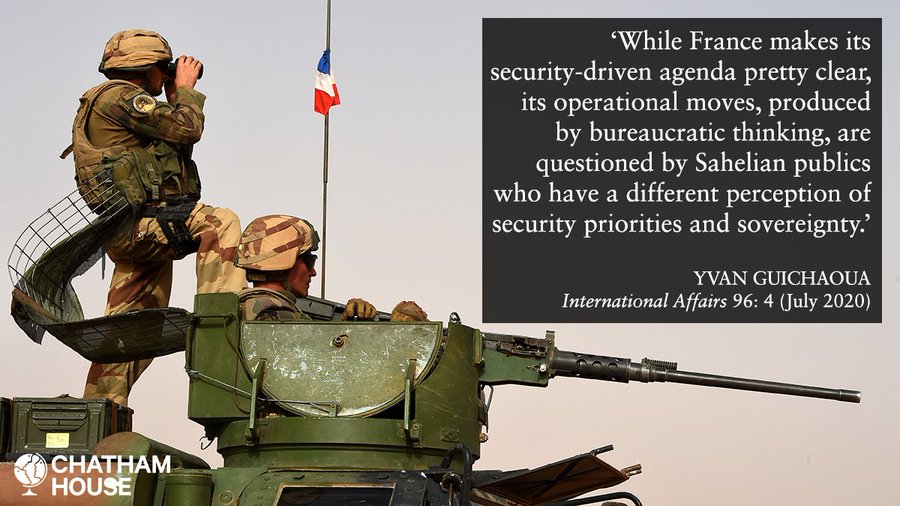 What has been the impact of recent French military intervention in the Sahel? Yvan Guichaoua writes in the latest edition of International Affairs.

The article studies the bitter diplomatic sequence arising in the fall of 2019 between France and the Sahelian countries where France has been conducting military operations since 2013. Far from being just one more hiccup in the troubled relations between France and its former colonies, the article interprets this sequence as a constitutive effect of French protracted military presence in the Sahel. Specifically, it argues that although France has a rather clear security-driven agenda, its operational moves produced by bureaucratic thinking are questioned by influential sections of Sahelian public opinions who frame the French military presence as a deeply political issue over their country’s sovereignty. In addition, being the de facto military guarantor of the security of Sahelian regimes, France constrains the domestic political conversation through the ‘red lines’ it imposes on actors. This externally-induced distortion of the domestic political landscape eventually places Sahelian authorities in front of a dilemma. Pleasing their foreign patrons might cost them the support of the section of public opinion most attached to national sovereignty, and expose them to nationalist entrepreneurs.