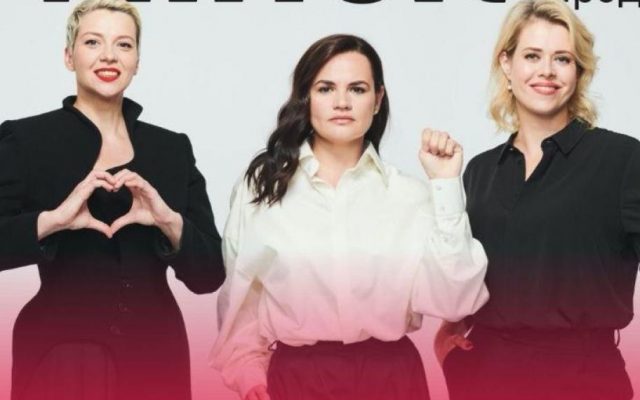 Ahead of the 9 August election, is Belarus finally ready for a change? Elena Korosteleva shares her first-hand experiences in Minsk and discusses the possibilities in the upcoming election.

The Great Meeting which took place on 30 July in Minsk, attracting over 60,000 people, seems to have challenged what once seemed pre-ordained. The gathering was called by the three remarkable women depicted above – Svetlana Tikhanovskaya, a presidential hopeful, who joined forces with Maria Kolesnikova, campaign manager of the arrested candidate, former banker Victor Babariko, and Veranika Tsepkalo, the wife of the barred businessman Valeriy Tsepkalo.

Their rise to politics has been accidental, and yet their appeal has been astounding. On the 30th of July, the sun was shining uncompromisingly, gathering an unprecedented crowd of peaceful protesters, allegedly for the first time of that size in the modern history of Belarus, to celebrate people’s will for change.