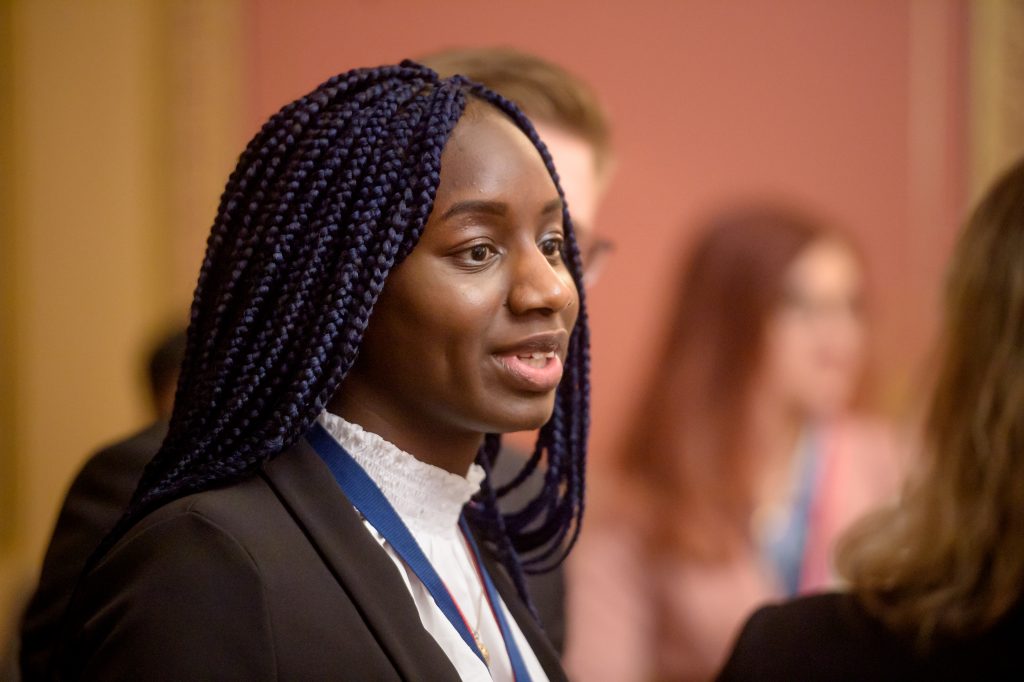 “The Model NATO was a fantastic experience, not only to visit London and the FCO, but to work together with students from all over the country in a simulated NATO setting. It provided me with key insights into how NATO functions, as well as the challenges and perks of working in a committee and drafting meaningful text. All round an incredible day that I would be keen to repeat.”
Ruaraidh Goodison, BA Student- Politics and International Relations, University of Kent.

The School of Politics and International Relations at the University of Kent sent six student delegates to the Model NATO conference on the 2nd December 2019. The event was run by the Foreign and Commonwealth Office in conjunction with the 70th Anniversary NATO Leaders meeting.

Fifteen UK universities took part in the Model with each university representing two NATO members. The Model was principally concerned with reacting to a crisis scenario and the committees replicated NATO’s working methods with all decisions being reached by consensus.

The task of the Model was to respond to a crisis by mobilising NATO’s political and military resources. The Model was designed to raise students’ awareness of NATO and give them direct exposure to an activity that replicates inter-governmental negotiation and policy making.

Two of the participating students were also invited to attend ‘NATO Engages’ on the following day immediately prior to the NATO leaders’ meeting. These students had the opportunity to further  analyse the outcome of the Model and be addressed by the Heads of State/Government at the event.

“I’m really happy that I was able to participate in a Model NATO event hosted by BISA and the FCO. It was an amazing experience and has opened my eyes to the complex technicalities of NATO and life as a diplomat. Representing North Macedonia, which faces the challenge of being a small nation that can only make limited contributions to NATO in comparison to other allies, encouraged me to look into how North Macedonia could maximise the use of NATO’s military dynamics and partnerships. The Model North Macedonian team were successfully able to gain the support from the majority of model NATO allies to pursue the creation of a Refugee Allocation Hub located in North Macedonia supported by the European Union. (In relation to the crisis scenario) Overall, I and my team enjoyed the event. I would like to extend my gratitude to the Foreign and Commonwealth Office, NATO and the British International Studies Association for organising this simulation. I hope to see more opportunities like this arise for students in future.”
Sylvia Osoba, (pictured above) BA Student- Politics and International Relations, University of Kent.

“Model NATO provided me with the opportunity to learn through practical experience, the structures of NATO and how they operate. NATO Engages afforded us the very rare opportunity to see and hear from the very people who create policy and shape the events we study in the classroom here at Kent.”
Ted Mathers, Student- Politics and International Relations, University of Kent.