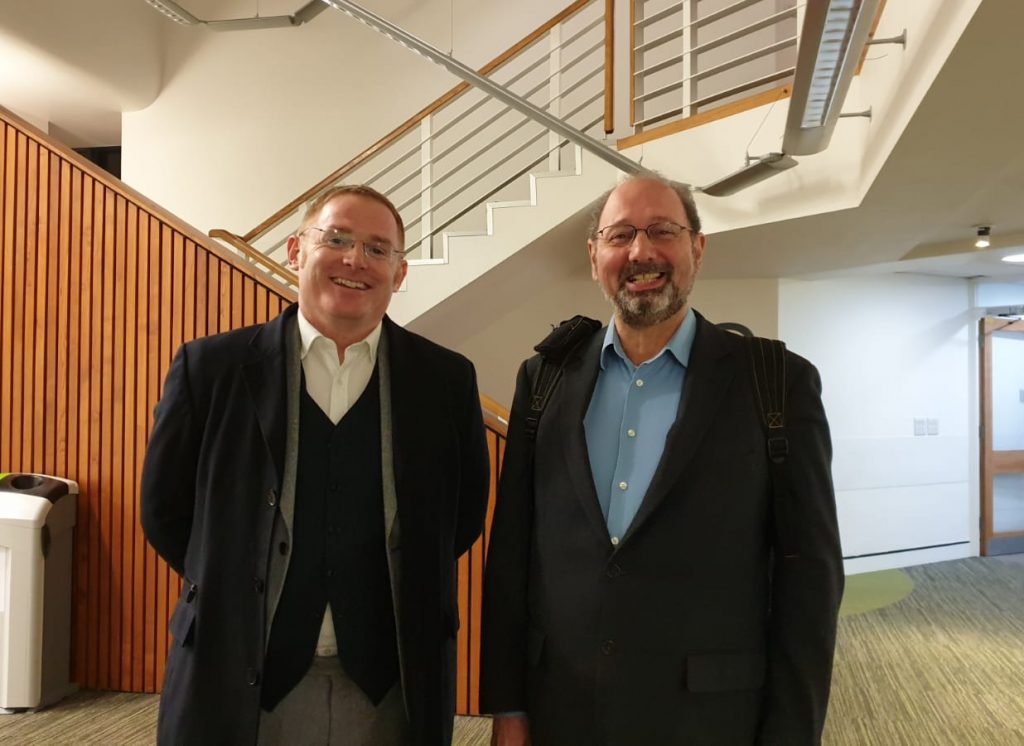 Last Wednesday Professor Richard Sawka (above right) welcomed Dr Andrew Monaghan (above left) to the last in the current series of the School of Politics and International Relations Public Speaker Programme, entitled ‘Dealing with the Russians’.

Andrew Monaghan is a researcher and analyst in the field on international politics. His particular interests are Russian domestic politics, and he has written extensively on Russian Grand Strategy, UK-Russia Relations and the Euro-Atlantic community’s relationship with Russia. He is the author of the books ‘Power in Modern Russia’, ‘The New Politics of Russia’ and most recently ‘Dealing with the Russian’s published by Polity in 2019. NATO and the EU have published his research and writing, as have many prominent international think tanks and academic journals.

Andrew spoke on character of Russian politics today and the dynamics of its foreign and security policy. Andrew characterised his approach as an updated form of ‘Kremlinology’, if by the term is understood detailed study of the individuals, institutions and processes involved in policy-making. He condemned those who comment on Russia without an adequate understanding of what really is going on in the country. Above all, in his view, this requires a solid base in history and an understanding of the evolution of events since the end of the Cold War in 1989 and the disintegration of the Soviet Union in 1991. Andrew explained why we tend to keep ‘getting Russia wrong’, and explained how we can ‘get Russia right’. He examined in detail relations between Russia and the West, arguing that we are not in new Cold War, although he effectively argued that we are in a state of war. He condemned ‘greyzone’ thinking, the view that the current confrontation represents some sort of ‘hybrid war’. The situation represents classic great power contestation. On that basis, a realistic , pragmatic and informed policy by all parties is the only way forward.