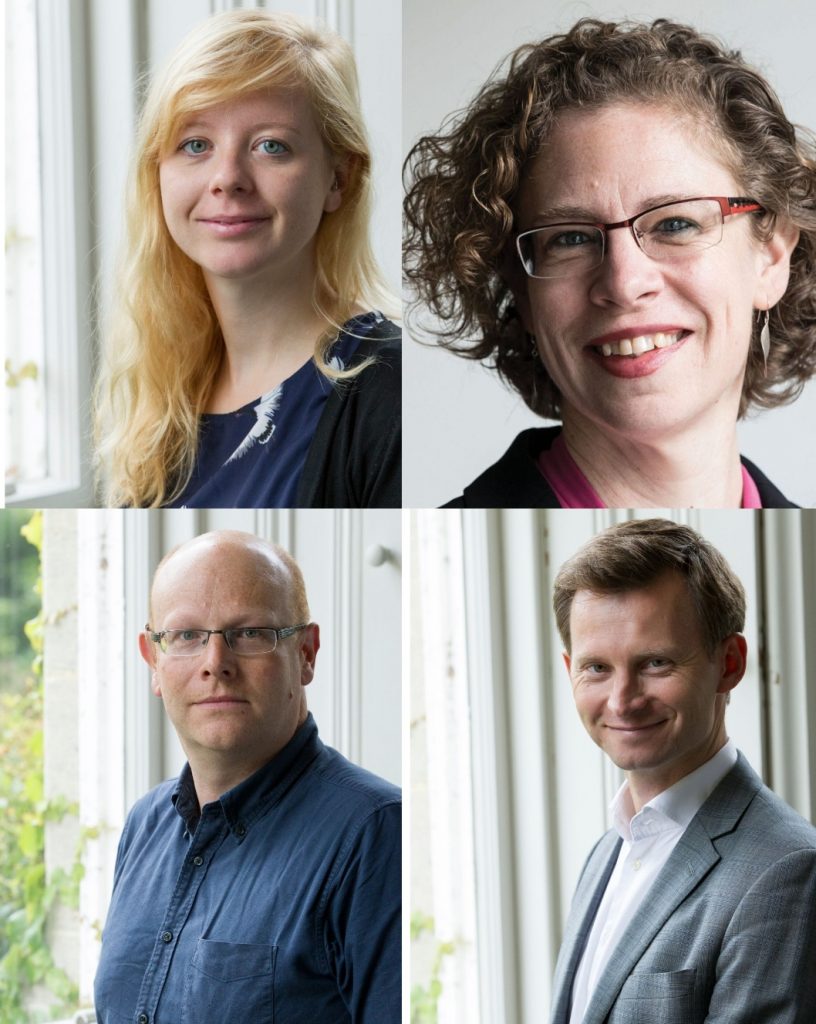 Four members of academic staff within the School of Politics and International Relations have been promoted to Senior Lecturer; Reader or Professor

Our academic staff continue to lead the way in outstanding research and teaching, and this has been recognised in the latest round of academic promotions which take effect from 1 October 2019.

Dr Nadine Ansorg has been promoted to Senior Lecturer. Dr Ansorg, Senior Lecturer in International Conflict Analysis, is currently co-leading a project on “Security sector reform and the stability of post-war peace”. Her research focuses on institutional reform in post-conflict societies, in particular security sector reform, the role of international state and non-state actors in these reform processes, and the conditions for establishing peace in divided and post-conflict societies. She uses a mixed-methods approach to explore dynamics and conditions of peacebuilding in sub-Saharan Africa and beyond.

Dr Amanda Klekowski von Koppenfels has been promoted to Reader. Dr Klekowski von Koppenfels, Academic Director of Brussels School of International Studies (BSIS) and Reader in Migration and Politics, hass been Visiting Scholar at Harvard University’s Center for European Studies 2012-13 and Visiting Professor at the University of Vienna, in the Research Group Politics of Inclusion and Exclusion, in Autumn 2009. Dr von Koppenfels’ current research interests focus on the concept of diaspora and transnational engagement of migrants, in particular with respect to Global North migrants, although she remains interested in the phenomena more broadly.

Dr Edward Morgan-Jones has also been promoted to Reader. Dr Morgan-Jones, Reader in Comparative Politics, currently is co-leading a project funded by the United States Institute of Peace on “Citizen preferences in the design of effective peace settlements”. His research focuses broadly on comparative political institutions in both developed and emerging democracies and he has area expertise in Western and Eastern European and Russian politics. He has particular interests in constitutional choice and its consequences, semi-presidential and parliamentary government, cabinet composition, termination, early election calling and democratic representation and accountability.

Professor Adrian Pabst has been promoted to Professor. Professor Pabst, Head of the School of Politics and International Relations and Professor of Politics, has been an associate editor of the critical theory journal TELOS. In 2015 he joined the academic board of the Foundation Centesimus Annus Pro Pontifice whose main mission is to promote Catholic Social Thought. He is also a trustee of The James Madison Charitable Trust, which is dedicated to the study of federal systems – linked to his role as Director of Kent’s Centre for Federal Studies. Professor Pabst’s main research interests are in political thought, political economy and contemporary European and international politics.