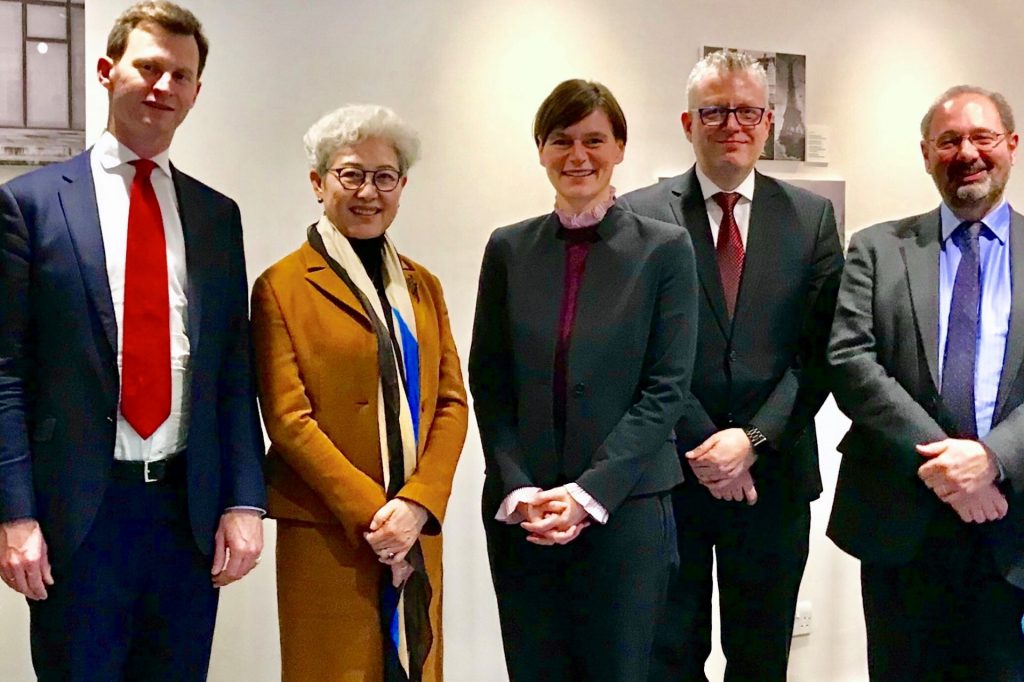 The School of Politics and International Relations welcomed Madame Fu Ying, Vice Chairperson of the Foreign Affairs Committee of the National People’s Congress of China, to its Canterbury campus on 5 December.

She was greeted by University Vice-Chancellor and President Professor Karen Cox and Dean for Internationalisation Dr Anthony Manning.

During her visit she delivered a research seminar to students at POLIR entitled China and the World, as well as touring her former School, accompanied by Head of School Dr Adrian Pabst.

Professor Sakwa said: ‘We were delighted to welcome Madame Fu back to POLIR. She was a pioneer for Chinese students studying here at Kent. I would like to think we helped her make her first step on what has since been a very distinguished diplomatic career since graduating.’

Dr Manning added: ‘Madame Fu fondly recalled how the development of her academic and analytic skills at Kent had had an important impact on the rest of her career. She was also impressed with the growing number of students who have followed in her footsteps from China as students here at Kent. We now have between 400-450 Chinese students in total across our UG and PG programmes.’

Madame Fu Ying, who was China’s Ambassador to the UK from 2007-10, agreed to donate copies of her latest books, entitled The world as I see it and Face to face with you – the stories behind the press conferences, to the Templeman Library, as well as providing signed copies for students.