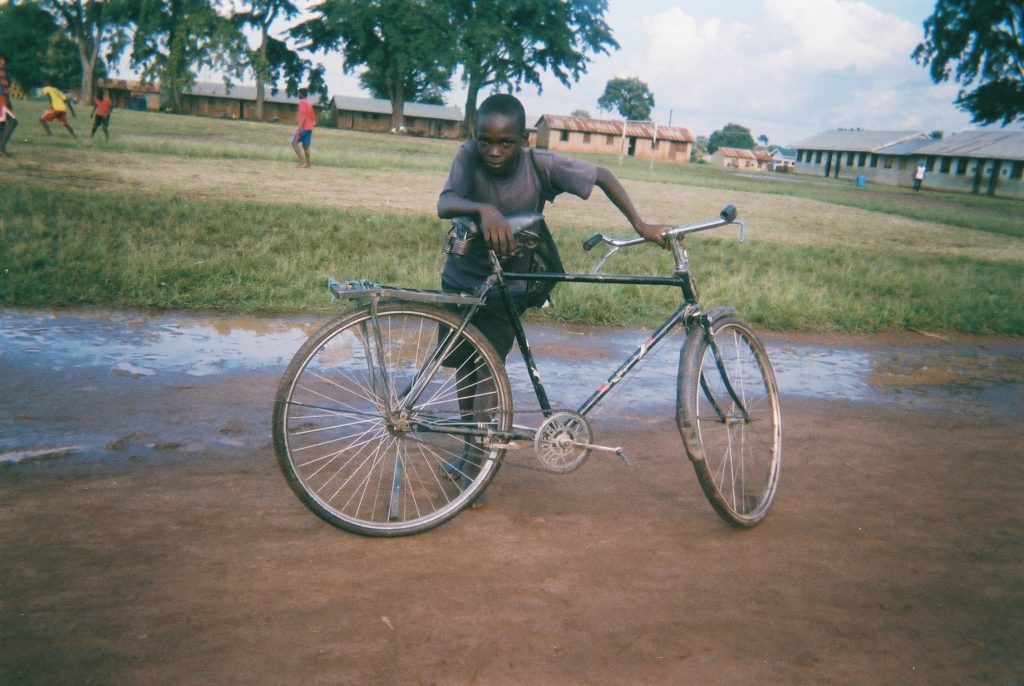 An exhibition showcasing photographs from villages in Northern Uganda, entitled ‘What does peace mean to you?’ is currently taking place in the Keynes Atrium at the Canterbury campus and will close on 3rd October.

The exhibition has been organised by the Conflict Analysis Research Centre (CARC) and the Centre for Critical Thought (CCT) in the School of Politics and International Relations (POLIR) and was organised by Dr Nadine Ansorg, with contributions from Professor Feargal Cochrane and Dr Iain MacKenzie.

Dr Ansorg carried out fieldwork in Anaka in Northern Uganda in July and August 2017. The town was the site of the largest refugee camp with about 40,000 people at the height of the war between the rebel group Lord’s Resistance Army (LRA) and the government.

As part of this work Dr Ansorg brought some disposable cameras and asked a group of ten women and men to take photos of their lives in the camp.

All the young people that participated were born and raised in the refugee camp and until the LRA left the country they had not experienced anything else apart from ongoing violence and constant fear for their lives. Dr Ansorg encouraged young people from Anaka town (Nwoya district) to engage with a creative side to research and the questions of peace.

The photos enable the audience to engage directly with the people from Northern Uganda. The exhibition also makes the point that those involved demonstrate that they are not helpless victims without agency in need of ‘saving’ from us in the West, but active intelligent people who, despite their specific circumstances, are not that different to us.