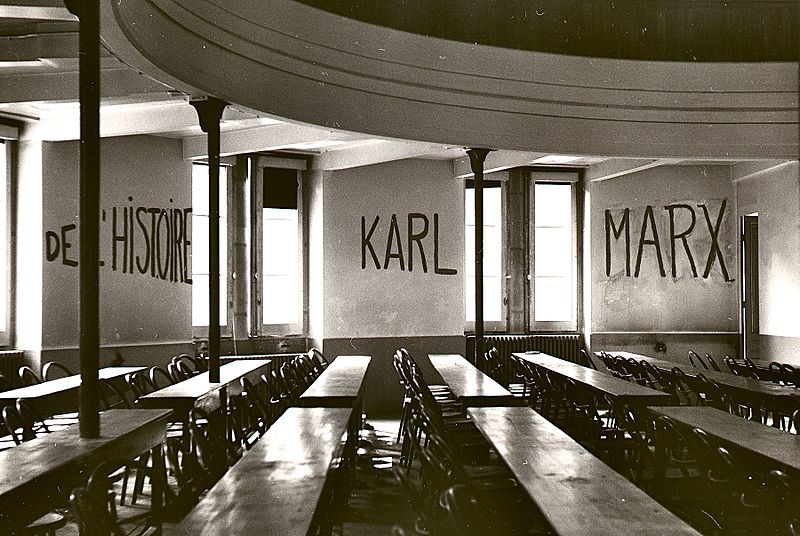 On the fiftieth anniversary of the global 1968 uprisings, and on the bicentenary of the birth of Karl Marx, this two-day multidisciplinary conference seeks to cast a retrospective light on the legacy of the former in order to illuminate the spectre of the latter. By thematising the figure of the double bind, this conference intends to explore the extent to which, and by means of which mechanisms, it can be argued that the radical social, political, psychic, and conceptual potential of the events of 1968 has ultimately been co-opted by the unfolding of neoliberalism over the past fifty years (the latter to be understood here as a political and economic system for organising society, subjectivity, culture, and thought).