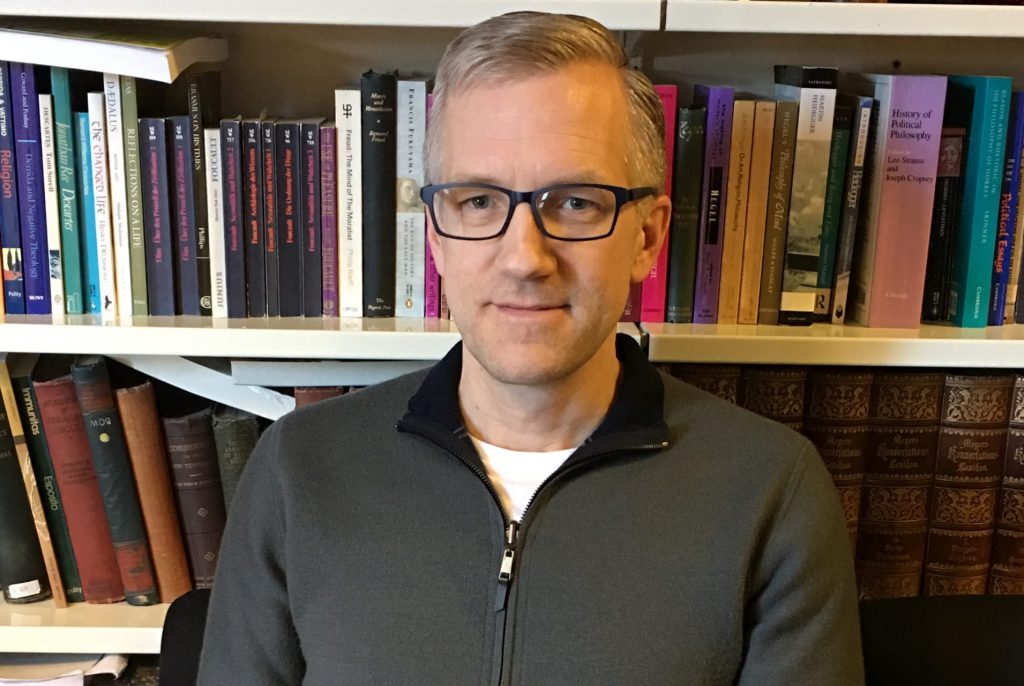 Dr Stefan Rossbach, Senior Lecturer in Politics at the School of Politics and International Relations (POLIR), has been awarded a National Teaching Fellowship (NTF) for his outstanding impact on student outcomes and the teaching profession in higher education.

In particular, his NTF recognises the ways in which he has enhanced transformative learning through his teaching on why and how individuals and groups offer resistance and face the consequences. These include the creation of an undergraduate module which uses political biography, leadership theories and other tools to critically investigate how three individuals (Mahatma Gandhi, Nelson Mandela, Aung San Suu Kyi) became global political icons. As predicted, many students used the seminar discussions to share their own experiences of moral choices, thus allowing for experiential and authentic learning.

Realising that there is much to be learned about politics by looking through the eyes of those who resist, and having been encouraged by the success of his undergraduate module, Dr Rossbach next helped create the MA in Political Theory and Practices of Resistance, which has been described by students as ‘life changing’, ‘inspiring’ and having a ‘lasting effect’.

A core module of the MA, which ran from 2011 to 2017, requires students to perform/enact a “practice of resistance” and analyse the experience. As almost every class member shared personal concerns and political views, a strong sense of community emerged which helped students overcome fears and anxieties as they moved out of their comfort zones and engaged in something they ‘had never done before’. Many of their projects were personal, with some acquiring significance even outside the module e.g. Hollie Mackenzie’s sculpture ‘Breakthrough’ winning the Signature Art Prize: People’s Choice Award 2014.

Both of these programmes contributed to a popular University-funded MOOC(massive online open course) on ‘Politics, Art and Resistance’ and eventually led to new collaborations with important institutions outside higher education e.g. Tate Modern. The collaboration with the Tate resulted in Kent becoming a Founding Associate Partner of the TATE Exchange initiative, providing POLIR students with the opportunity to create a resistance-themed exhibition for one week each year.

The NTF also recognises the ways Dr Rossbach has helped transform the student learning experience through outstanding and sustained contributions to curricular and extra-curricular provision. These include the development of a ‘Teaching Institute’ to support research students working as Graduate Teaching Assistants, and POLITICS+, which has raised the profile of the School’s learning opportunities beyond the formal curriculum. In its first two years, almost 50% of UG students participated in the POLITICS+ scheme.

Professor April McMahon, Kent’s Deputy Vice-Chancellor Education, was among those to encourage and support Dr Rossbach’s application to the National Teaching Fellowship Scheme. She said: ‘I am absolutely delighted that Stefan has been awarded a National Teaching Fellowship. He has transformed students’ learning experiences and influenced the practices of academic colleagues within and beyond the University. I have no doubt both colleagues and students alike will join me in offering congratulations to such a committed and creative teacher.’

Dr Rossbach is one of only 54 new NTFs and the eighth member of Kent staff to have been made a Fellow. As an NTF he will support the enhancement of learning and teaching in both Kent and the sector.