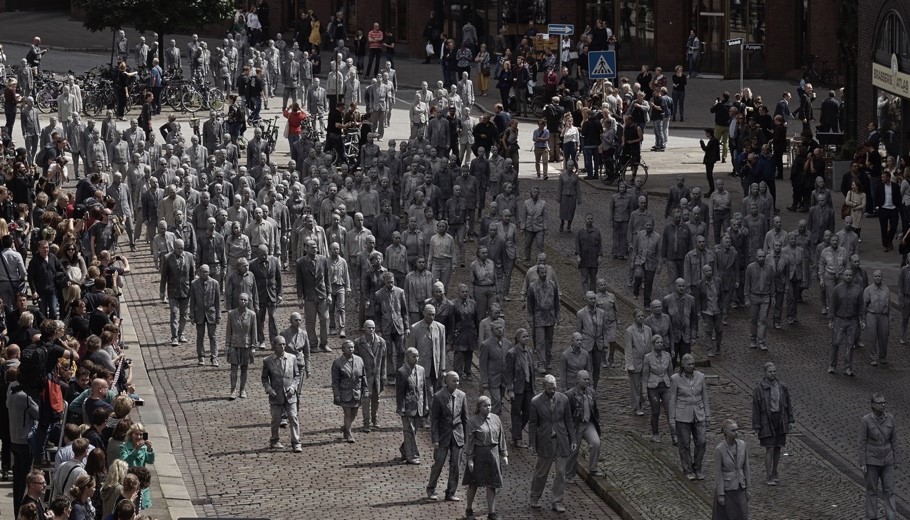 We are delighted to announce that over 2,000 people from all over the globe took part in our MOOC online course Politics, Art and Resistance.

We invite you to join POLIR’s Dr Iain MacKenzie and Dr Stefan Rossbach at Tate Modern from Wednesday 30 May – Sunday 3 June for the Tate Exchange event OTHER programmed by the School of Politics and International Relations in collaboration with Valley Kids, CCCU and People United. During the event they will be presenting a photo mosaic produced by the MOOC students. Students were invited to submit an image of ‘what resistance meant to them’. The images have been gathered together as a mosaic to be exhibited at Tate for the duration of the event.

See details of the event here:

We would especially like to invite you to come along to a live discussion with members of the 1000 Gestalten Collective who organised the protest at the G20 meeting in Hamburg last year. In July 2017, one thousand people in Hamburg, Germany, took part in a mass performance in order to protest against the G20 Summit held in the city. Covered in a grey, clay-like substance, they walked slowly through Hamburg, initially in groups of about 40 people, before they gathered in the city centre and staged an ‘awakening’, whereby they broke through their grey, crusty shells and revealed colourful tops underneath. Where there was grey darkness, uniformity, indifference, apathy and isolation before, there emerged colour, joy, diversity and community, suggesting that life can be lived differently. We are delighted to be able to welcome Gudrun Schoppe, Johannes Naber, Franziska Brodhun, Lillian Rosa Potthoff and Tarek Abou Alseoud from 1000 Gestalten collective to discus the inspiration that informed their project, its message and impact

The discussion will take place on Saturday, June 2, from 15:30, in the TATE Exchange space, Level 5, Blavatnik Building, TATE Modern. Please join us for what promises to be a fascinating and inspiring event.