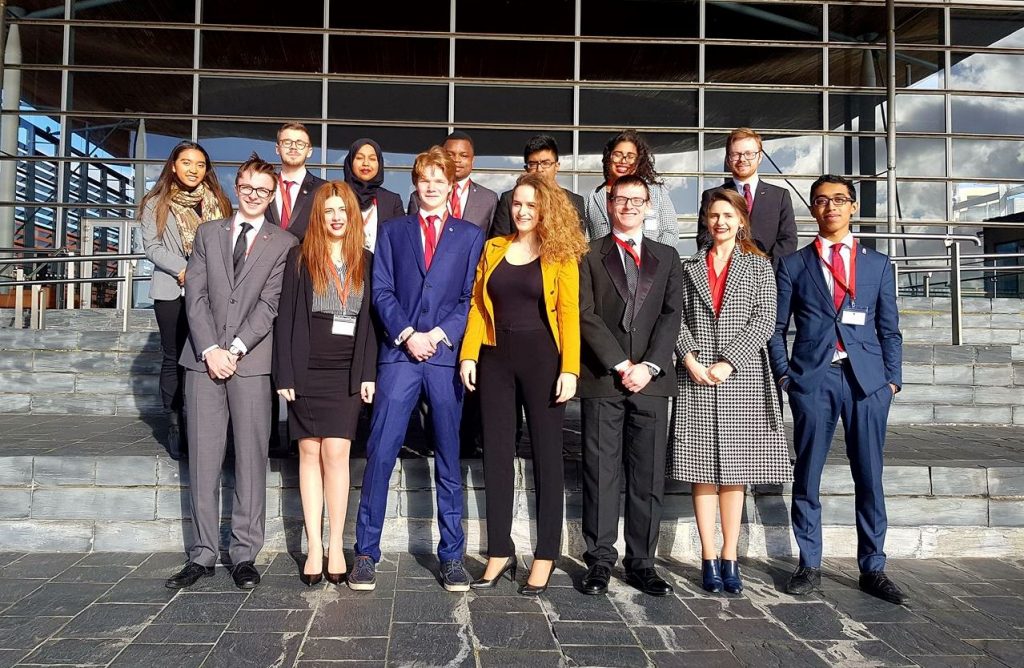 On the 9 February, Kent Model United Nations Society (KentMUN) sent a delegation to the MUN conference in Cardiff. The delegates, many of whom are from the School of Politics and International Relations, spent two days simulating the work of the United Nations, through debates, discussions and diplomatic resolutions. In the weeks that led up to this conference, Kent MUN students trained and researched in preparation for the trip. This paid off; we are proud to announce that 85% of the conference awards (which recognise the hard work of strong delegates) were presented to Kent!

The theme of the Cardiff conference was “Pragmatism in an Era of Alternative Diplomacy”. At the opening ceremony, speaker Professor Peter Sutch referenced the hopelessness felt in the face of so-called “alternative diplomacy”. When a president uses social media to communicate threats to other states, what is a suitable response? Do we tweet at him? Social media is a powerful political tool, which provides a platform for movements such as Black Lives Matter and #MeToo, and allows us to speak out. However, our response to the damaging effects of alternative diplomacy can reach above and beyond the internet.

From 1945, the United Nations Association (UNA) has supported international cooperation by raising awareness, amongst civilians, of the work that the United Nations does. MUN builds upon this by providing a space for young people to debate global issues, and to further their political and diplomatic knowledge. Students are introduced to the realities of international relations, and learn to recognise the potentials and limitations of traditional diplomacy. Critical thinking is encouraged, and a response to problematic practices is established.

To conclude, we are proud of Kent MUN for its dedication, and success. However our enthusiasm is not driven by awards. Rather, we are glad to participate in conferences such as Cardiff MUN in order to promote the values that our society and POLIR stands for; driving internationalism and understanding diplomacy.

We welcome new members to attend our sessions, and are further excited about hosting our own international conference on 2-4 March, in order to continue pursuing our goals.