This page is dedicated to the many wonderful species which have been studied in the Pacaya Samiria reserve. Here is a selection of species found in pacaya-samiria (more information will follow about these species) 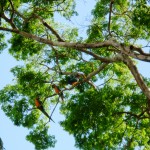 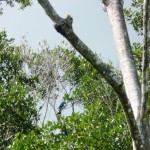 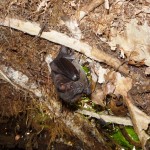 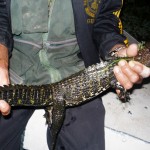 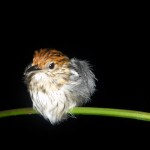 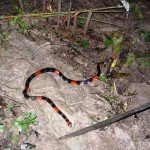 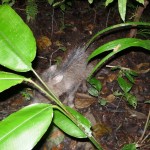 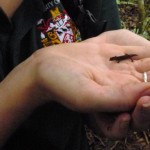 Macaws – An important indicator species. They are used to indicate the quality of the terrestrial habitat and can be observed every morning and afternoon flying over the river (sometimes in very large numbers) between roosting and feeding sites.

Understory birds (Thanks to Jay Adams for this information) – Very few mist netting studies have been undertaken in the Peruvian Amazon so in 2011 this is what DICE students did, they got some very interesting species. Their study found 366 individuals representing 49 species and 20 families. There are currently 500 bird species found in Peru and 4300 in the Amazon. Their methods were to set up 10 mist nets across four sites. They spent a week in each site and opened the nets at 5.30am checking them every 40 minutes they then closed them up after dark. For each of the 366 birds they caught each was identified, measured and ringed for future recaptures. Future research ideas include looking at nocturnal species / mist nets on the river and flooded forest or even up in the canopy however this is a logistical nightmare!

River Dolphins (Thanks to Ciara Wilkinson, Carrie-Ann Arnold and Katie Lees) – There are two species of river dolphin in the Peruvian amazon. The Boto and the Tucuxi these are otherwise know as the pink river dolphin and the grey river dolphin. There are substantial differences in the morphology of these two species. The grey is like your “classic” marine dolphin just smaller. The pink dolphin however has an elongated beak and bulbous head, as well as this it can move its head 180 degrees and therefore can swim easily through the flooded forest of the amazon, PLUS it is also pink! This colouration is more pronounced in adult males, there are many myths and legends surrounding these dolphins (a great book about these species is “journey of the pink dolphins: an amazon quest”). Most DICE studies look at the relationships between these species as well as behaviour and density of the river. Future research may include – looking at the effects of water depth, temperature, and rainfall on these species. Also studies looking into the human impact and disturbance on these species. River dolphins are considered to be most endangered of all cetacean species so any research on these enigmatic creatures is very worthwhile!