Reddit is a social news website that has become a major driver of traffic to blog posts, videos, images and news articles. Reddit offers a significant platform for social scientists to disseminate work and engage with the public – this post focuses in particular on ‘Ask Me Anything’ posts (AMAs) in the Science sub-reddit.

This post was written by Alastair McCloskey – Alastair is Digital Content Coordinator in the Faculty of Social Sciences at the University of Sheffield, where he promotes research across social media and the web. As well as being a long time redditor, you can find Alastair on Twitter (@gravityvictims) where he’s happy to answer any questions on reddit as a platform for online engagement.  This post was first published on the LSE Impact blog in May 2016 – you can read the original post here.

Reddit offers a significant platform for social scientists to disseminate work and engage with the public. Below, Alastair shares his experience of using Reddit to engage wider audiences with research. Despite only occasionally submitting content to the site, the Faculty website received nearly ten times the amount of traffic from Reddit compared to referrals from Twitter.

Editor note: I use Reddit on a daily basis, so for any general queries on using Reddit please feel free to email us.

Today I Learned (TIL): Using Reddit as a tool for public engagement, profile raising and scholarly dissemination

Over the last few years actors, musicians, astronauts and even US presidents have tapped into the enormous audience of social news website Reddit through one of the site’s famous online Q&A sessions known as an AMA (‘Ask Me Anything’). But the AMA is not just the preserve of the Obamas and Snoop Doggs of the world.  Among the ‘mildly interesting’ photos of vending machines, US current affairs, and golden retriever GIFs that usually make up Reddit’s homepage, it is common to see Ask Me Anythings with academics from across the physical, biological and social sciences disciplines discussing the intricacies of their research with tens of thousands of people online.

For those unfamiliar with Reddit, it looks like a step back into the web’s past – an ever-changing, seemingly tricky to navigate mess of subsections, text, links, photos, comments and odd abbreviations (TIL – Today I Learned, ELI5 – Explain Like I’m 5, and many more). Despite this, its popularity is undeniable and the self-styled ‘front page of the internet’ boasted 250 million unique visitors and 8 billion page views in April 2016.

Users submit content to the most relevant community known as a subreddit. Other redditors are then able to upvote, downvote and comment on the content which affects the overall ‘karma’ of a post. An algorithm (fantastically explained in this blog), takes into account a submission’s upvotes, downvotes, and time since it was submitted to decide how well it is performing. The best content rises to the top and the worst sinks into obscurity. The home page constantly pulls the best performing content from the largest subreddits creating a snapshot of what’s going on across the site and putting it on view to a potential audience of millions. 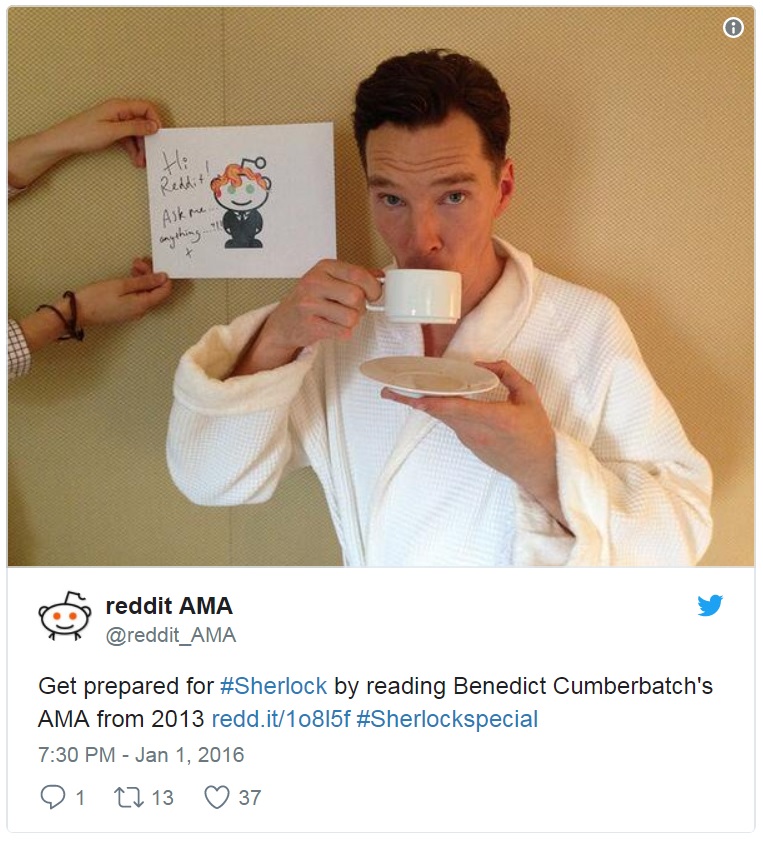 With more than 11 million subscribers, the r/science community is one the Reddit’s largest and most active communities. Run by a team of moderators who keep discussions civil and on topic, it hosts AMAs almost daily with academics discussing their work with an audience of thousands of fellow researchers, students and others with an interest in science. It offers the perfect platform for researchers to connect with Reddit’s massive built-in following. Increasingly US universities and research organisations, such as the American Chemical Society and mega-journal PLOS One, are making regular use of science AMAs as a way of boosting interest in their work, and raising the profile of academics with a global audience.

It seemed like too good an opportunity to ignore, and so we asked one of our Faculty academics to help us test the potential reach of a Reddit science AMA. Our willing subjects were Dr Todd Hartman, a Lecturer in Quantitative Methods at the Sheffield Methods Institute, and Dr Rhys Hester from the Robina Institute at the University of Minnesota, who co-authored on a recent paper about racial bias in criminal sentencing in South Carolina. Their research had been widely picked up by the media, and it was a topic that seemed likely to pique the interest of Reddit’s science community and beyond.

Setting up the AMA couldn’t have been easier as the r/science team provide a step by step guide, a Google Calendar to check which dates are free and create a dedicated account for the session. So on our scheduled afternoon, we posted our AMA thread and watched as question after question came in. In under an hour the thread was top of the science subreddit and climbing its way up Reddit’s front page. There were detailed discussions around the methodologies used, justice system reforms, media interpretation of the research and the limits of the dataset. For Todd and Rhys, it was an opportunity to set aside a few hours and talk openly and in-depth about their work with a knowledgeable and inquisitive audience that went beyond academia. And despite some frantic typing to keep up with the evolving discussion and follow up questions, they both said it was a lot of fun.

In 24 hours, the AMA had been viewed by around 45,000 people with 600 comments and questions. The thread received thousands of upvotes and reached number six on Reddit’s homepage – kept out of the top five by this polar bear. Would this kind of reach been possible via a Q&A on Twitter or Facebook? Possibly – but it would require hours of promotion, an enormous existing following on social media and probably a few planted questions to get the ball rolling. All things that Reddit’s AMA format removes the need for.

And Reddit does not just offer opportunities for social scientists to talk about their research, but also disseminate it. The site has built a reputation over the years as being a driver of huge amounts of traffic to blog posts, videos, images and news articles. The effect on traffic to a website that reaches the top of a popular subreddit can be phenomenal, and millions of views are possible in the space of just a few hours for content that hits the heights of the homepage.

Despite only occasionally submitting content from our Faculty website to relevant subreddits, we received nearly ten times the amount of traffic compared to referrals from Twitter last year. While the majority of this comes from the US, it has also significantly helped to showcase our research worldwide by boosting our hits from Europe, Asia and Australia.

So is it all plain sailing? Nope! Be wary of just using Reddit to overtly promote your own content – it’s seriously frowned upon and considered ‘bad reddiquette’. AMAs too can backfire if seen as just a chance to advertise a latest work or interviewees don’t go with the flow of conversation…just ask Woody Harrelson amongst others. Each subreddit also has its own set of rules around types of content that can be posted, and submissions that ignore these are usually swiftly deleted. However, contribute to the Reddit community with insightful comments and interesting content, and you’ll start to see the power of the internet’s front page.