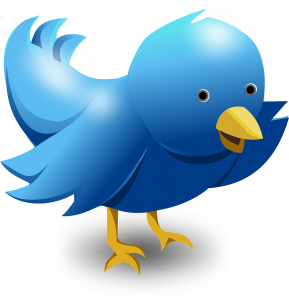 This post was written by Sarah Slowe, Head of the Office for Scholarly Communications. Sarah tweets as @HeadUniKentOSC.

Recruitment for research participants is often time-consuming work that can easily delay a project. Emailing people directly can feel as if you are putting them on the spot or imposing, and even making your email stand out in the mass of email we all receive on a daily basis can be challenging (though effective when done well). Sometimes, however, you will want to get your message out there as far and wide as possible, to recruit people that you don’t have personal contact with and in a way where they can choose whether to engage.

Twitter is incredibly valuable in attracting participants, as it will reach more people than in your email contacts or on your mailing lists. Given the relatively low participation rates that surveys generally have, you’ll often need as many people as possible to know about what you’re researching to attract a sufficient number of participants.

Twitter is very powerful in that it has a large capacity to reach a diverse, disparate audience, but it isn’t in a magic bullet and comes with its own particular challenges. Here we cover some top tips.

If you are reading this, we’re assuming you haven’t frequently used twitter in this way before (if you have and have any other tips that would be helpful for us to include, let us know!)  so are unlikely to have a twitter account that is followed by a large numbers of potential research participants, it is more likely that your followers (if any!) are people who are interested in the things that you have tweeted so far, or who know you personally.

Tweets get retweeted – roughly the same as ‘sharing’ on other social media platforms. If you are working with collaborators or have research partners with twitter accounts this is where working with them in advance can be incredibly helpful – if your partners or research users, whether individuals, companies, NGO’s, charities or policy makers are willing to retweet (an action which takes seconds) then your tweet will reach an exponentially larger number of people. Planning this process (such as having a schedule agreed with your partners) can be very beneficial, as many organisations will know when the best time to interact with their followers are. This is particularly true where any partner organisations would have very little overlap in followers.

Tagging a few Twitter users with large follower bases in your tweet – particularly those who might be interested in the research, even if not actively a partner or research user  – also helps to spread the message. Leading academics in the field often have up to several thousand followers, and a retweet from them can go a long way. This is much less intrusive than asking via email, since they don’t need to think about who to forward it to themselves. Just one retweet click shares the message to all their followers.

Hashtags can also help people find your work – try putting hashtags into the search function and other users who are interested in the topic or use a specific hashtag to link all your tweets. Below is an example of a hashtag search for ‘#openaccess’ (a general hashtag) and a feed for a recent conference, where the tweets were all using #risummit Twitter is fun, exciting and can lead to an almost endless stream of interesting links to follow and read – there is value in engaging with twitter in different ways, but it can easily become more cost than benefit – there are many scheduling tools that enable you to spend a small amount of time planning your tweets (talk to us). Equally, you can set aside certain times to engage with Twitter or use other time management tools (perhaps half an hour every other day) – just a warning for those of you haven’t used twitter extensively before, if you don’t set aside set periods or click on email notifications every time one pops in, it can easily take over.

Twitter obviously isn’t going to be the best way to recruit participants for all research projects – if you’re after people or groups who don’t typically engage with social media then it is unlikely you’ll be successful. You’re much less likely to recruit people who don’t speak your language, or who may not have reliable internet access, and bear in mind that the Twitter population may not be reflective of the wider societal demographic. It is best to be aware of a ‘Twitter’ bias in sampling, if that’s likely to affect the data you get in any relevant way. If this is a concern, Twitter can be combined with other more traditional forms of recruitment such as direct approach, phone calls or posting on notice boards. Whether or not Twitter will affect the sample of research participants you get for the project, it’s important to acknowledge that you have considered the implications of this.

You can see how many people have viewed a tweet, clicked on a tweet, liked and retweeted it by using Twitter’s ‘Tweet Activity’ function (the small bar graph icon at the bottom of each tweet) – below is an example (albeit on a spectacular one!).

You have limited characters, what is most important to people? They need to know how long it will take. They need to know if they fit the criteria. Beyond that you’re into optional – what is interesting about the study? Is where you work important? Is who funded the research important? Are you partners important?

Don’t be tempted to over complicate the tweet – you can cover all the details on the landing page for the tweet, whether that is a survey, or a website to ask for more information. The important part is to engage.

Recruitment via Twitter is also powerful because it allows you to loosely target people in a particular area of interest, academic field, or institution that you’re hoping to reach. However, if you’re looking for a very particular group, you need to think more closely about how to find them. Engaging with your stakeholders that you’re already working with will be key.

When it comes to new organisations or accounts it will depend on whether the person curating that account sees it as relevant to their follower base – it may be more appropriate to send a link to the project or researcher profile before asking for a retweet.

Twitter is personal too – people like to engage with people. Be prepared to tweet a few interesting things about your research, your interests and how you come to be doing the research – these engage people far more than requests for them to do something alone. I have as much engagement with people about my coffee and the state of my ‘to do’ list as I do about scholarly communication.

Be aware of ethics…

Twitter is a public forum. If people reply to your tweet or if your research relates to potentially sensitive or stigmatised subjecs think carefully before replying or tagging others in the reply. It may be more appropriate to direct message or email.

A potential drawback to recruiting research participants on Twitter is that you have very little control over the message once it goes out. Whilst you want to reach a very wide audience, once the tweet has left your fingers, it can be supported… but it can also go out of control.

Be prepared to filter responses – your message is almost guaranteed to be seen by someone other than the people you hope to recruit. Also, have strategies in place for when you reach your sample size – will you expand the project? Will you reduce the demographic to ensure a representative sample? Will you limit the date for responses? How will you ensure that any incentive is fair and in line with funder or institutional guidelines?

(Should I) Hand over the money…?

Twitter does allow you to pay for tweets to be ‘promoted’, so they’ll appear in the feeds of users who don’t follow you – we’re happy to talk to you further about this, but wouldn’t recommend it as a first step.

So I’ve got them to click on the link… what now?

Twitter is a great tool – but once someone has clicked on the link you need to keep them engaged. Think about your landing page: how are you going to interest people (who are already interested enough to click through)? What information do you need them to have to give informed consent? What other information would they like to have? Will they need to travel? Will they be compensated for their travel and time?   Often requiring site visitors to enter details straight away (particularly if it’s a long form) will put people off – you need to give information relatively openly and make it easy for them to ‘sign up’. You can then send more detailed information via email or another method if you are not able to post full information online.

There isn’t a one size fits all answer to this – if you’d like further information or to discuss this more specifically in relation to your project, please email us.