We are interested in how law functions in society, and in law as a social institution.

We currently have four substantive areas of interest: family justice;administrative justice; mental disability and other vulnerabilities; andwider legal system design. Prior to 2014, family justice projects were considered under our children and families programme. We will consider several different types of project.

“Art & Law: Art in Peril” is an interdisciplinary conference convened to discuss varying perspectives on questions of art and law and to break down the barriers of specialization. “Art & Law: Art in Peril” intends to improve communication and promote an exchange on the most pressing issues at the juncture of art and law.  We aim to compose panels of speakers from a variety of disciplines, grouping papers by theme, geographic or temporal location, rather than by academic department.

We encourage submissions from scholars and professionals in art history, law, archeology, history, public policy, museum studies, classics, art conservation, and beyond.  Suggested topics include, but are by no means limited to:

o Historical perspectives on the interrelationship between art and law
o Consequences of current conflicts on art and cultural heritage sites and objects in the Middle East (or elsewhere)
o Perspectives towards notions of originality and authenticity of artwork
o The legal aspects of the conservation of objects, sites, and/or structures
o International dispute resolution of cultural property whose ownership is disputed
o The relationship between cultural property and intellectual property
o Human remains, collections, and the law
o The digitization of artwork and visual culture

We intend to publish proceedings from the conference in either a journal, or as a stand-alone anthology. Please email abstracts of no more than 300 words to Sarah Rabinowe at art.law.cambridge@gmail.com by 28 February 2015.  Along with the abstract please include your name, institution, paper title and a brief biography. Successful applicants will
be notified by 13 March 2015. Selected speakers will be given further information about the Travel Fund available to offset transportation and accommodation costs.

“Art & Law: Art in Peril” will take place at the University of Cambridge, Pembroke College with an evening reception at the Sedgwick Museum of Earth Sciences.  Upon request, assistance with accommodation reservations will be provided

“Sovereignty and Property: some thoughts about the history of the law of nations” Conference by Koskenniemi 11/02/15 – 4 pm, Grimmond LT3 (University of Kent)

The Centre for Critical Thought and Kent Law School are delighted to announce the forthcoming lecture:

“Sovereignty and Property: some thoughts about the history of the law of nations”

University of Helsinki, Director of the Erik Castrén Institute of International Law and Human Rights, and Centennial Professor at LSE. 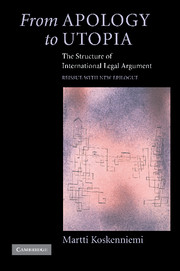 The lecture is supported by Clio: A Law and History Research Group (KLS). More information about activities and publications: http://blogs.kent.ac.uk/myclio/ Many of the defining features of the modern law of tort can be traced to the first half of the twentieth century, but, until now, developments in that period have never received a dedicated historical examination. This book examines both common law and statutory innovations, paying special attention to underlying assumptions about the operation of society, the function of tort law, and the roles of those involved in legal changes. It recovers the legal and social contexts in which some landmark decisions were given (and which puts those decisions in a very different light) and draws attention to significant and suggestive cases that have fallen into neglect. It also explores the theoretical debates of the period about the nature of tort law, and reveals the fascinating patterns of influence and power at work behind statutory initiatives to reform the law.

Posted on January 10, 2015 by myclio
The Kent Summer School in Critical Theory will run for the first time in Paris next July. The website has just gone liveL  www.kssct.org. This new summer school for early career researchers and doctoral students aims to create a unique pedagogical experience, enabling leading critical thinkers to conduct an intensive 2-week seminar with members of a new generation of critical scholars.The inaugural teachers of the intensive seminars will be Professor Peter Goodrich, and Professor Davide Tarizzo. In addition, we will also hear lectures by Goodrich, Tarizzo, and Professors Geoffrey Bennington, Davina Cooper, and Roberto Esposito. The website also contains information about the seminars and the school’s other
events. The BBKLR welcomes submissions from legal practitioners, policy makers, students and academics. Papers should be approximately 5,000 words and conform to the OSCOLA citation method (note, papers that do not follow the OSCOLA method will be returned to the authors to be amended). Conference of the Munich Doctoral Program for Literature and the Arts
MIMESIS
Centre for Advanced Studies, LMU Munich
29-31 October 2015

Fakes, forgeries and counterfeits are omnipresent as works of art,branded products, biographies, satellite pictures, documents, news,research results, testimonies. They are mimetic practices of unique cultural, economical and political relevance. They alter reality, make history and perform cultural work. As their impact contrasts with their negative connotation, why are they still first and foremost considered as fraud, as deceit, as the shadow of a creative act? The conference aims to engage an interdisciplinary dialogue on the potential impacts of fakes, involving literature, performance and media studies as well as art history and musicology, with their diverging media and multiple concepts of the original. These practices should be understood as productive mimetic processes and not as morally and
legally problematic phenomena. If the so-called original is mimetically constituted, as in the case of art forgery, then faking becomes a phenomenon in the second degree. May that be the fundamental reason for them being discredited? These and similar questions should be discussed with respect to the following research areas:

1. Faking as process: Fakes, forgeries and counterfeits manifest themselves mostly in objects, which are always embedded in intricate cultural processes. Their success rather depends on the way they are placed in particular power and discourse structures, and less on craftsmanship or on the materiality of their media. Fakes reflect epistemic frontiers, cultural conventions and social mechanisms, or  work to make them visible in the first place. Recent cases (e.g. Wolfgang Beltracci’s art forgeries) as well as historical ones (e.g.
The Poems of Ossian, The Protocols of the Elders of Zion) show that counterfeits respond to blank spaces (Reulecke), collective needs and expectations and are often even deliberately directed at these. Is this the reason why the unmasking of a fake appears so unsettling, even subversive like hoaxes, or does it only reinforce dominant structures?

2. Fakes in intercultural contexts: The discussion on forgery is closely related to historic-ally and culturally informed ideas of authenticity, legality, authorship, creativity, tradition and innovation. Not only the concept of faking, but also the entire scale between the authentic and the faked (Keazor) must be considered within its cultural context. When objects are transferred from one cultural sphere to another, the question arises of how and whether their status changes from fake to authentic or vice versa. Does the investigation of
faking from non-European or postcolonial perspectives demand a more complex approach?

3. Forgery and related phenomena: Are fakes, as mimesis of mimesis, mimetic procedures in the second degree marginalized and stained by the defect of the non-original? From this point of view one encounters a number of related phenomena, which do not constitute a fake in the literal sense, but are based on equivalent processes of production and
reception, such as repetition, translation, copying, citation, appropriation. As in the case of faking, the difference between the model and the imitation frequently becomes imperceptible. Self-reflexive, playful practices have emancipated themselves from the
status of the non-original: Among them are pastiche, reenactment, appropriation art, pseudotranslation, mockumentary. Can these phenomena be productively considered alongside practices of faking? Is such a shift of perspectives also conceivable for forgery?

We invite proposals from the areas of literature, performance and media studies as well as art history, musicology and related fields. Submissions from junior researchers and Ph.D. students are welcome. Papers should be 20 minutes in length and, if possible, be given in
English. Travel expenses and accommodation will be provided within the limits of the budget.

Please send an abstract of no more than 2000 characters and a brief CV (including contact information) until 15 March 2015 to forgery@lrz.uni-muenchen.de.

Clio and the Economics of QWERTY Cicero demands of historians, first, that we
tell true stories. The 2015 conference of the Poetics and Linguistics Association (PALA) will take place at the University of Kent, Canterbury, England from 15th-18th July 2015.
The theme of this year’s conference will be Creative Style, and the organising committee
particularly welcomes abstracts that address the notion of stylistics as a means of exploring creativity. However, we will be interested in any abstracts that explore broader areas of stylistics and, in particular, its relationships to other disciplines such as pragmatics, semantics, narratology, literary studies, cultural studies, language teaching, translation and others.

“Memories of Struggles, Struggles of Memories” (2015): Call for Papers

Posted on December 17, 2014 by myclio
The second International Workshop on Law & Ideology will be devoted to “Memories of Struggles, Struggles of Memories” and will be hosted by the University of Sarajevo in Bosnia and Herzegovina. The Workshop will take place on May 28-29, 2015 in the city of Sarajevo. The email to the conveners is law.ideology@gmail.com. The deadline for submitting abstracts expires on January 15, 2015.
Posted in Uncategorized | Leave a comment
The views expressed in this blog are not necessarily those of the University of Kent. View Conditions of use and Guidelines. Report concern