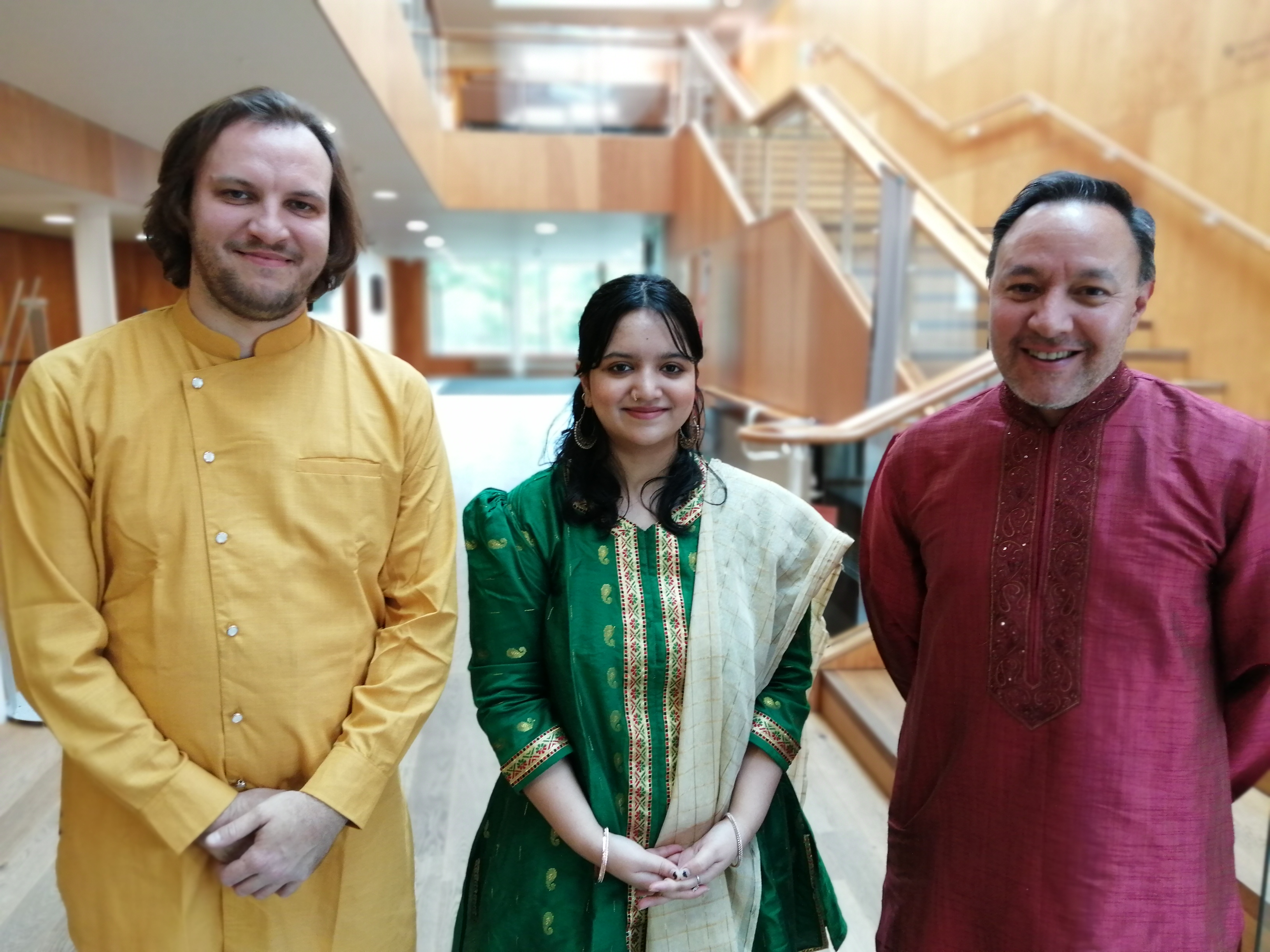 The Music Department is delighted to reveal that composer and sitarist, Jonathan Mayer, will be mentoring one of the University’s Music Award Holders during the coming academic year.

An active composer exploring connections between traditional Indian music and Western instruments, Jonathan’s Sitar Concerto No.2 was recorded with the BBC National Orchestra of Wales last year, as part of his continuing synthesis of east-west musical idioms.

Following his recent concert in Colyer-Fergusson to launch the new season of Lunchtime Concerts, Jonathan will be working with Ridima Sur, (pictured above), a third-year student at the University reading Astrophysics. Hailing from the Hoogly district, West Bengal, Ridima holds a Music Award at Kent, and last year was filmed as part of the Scholar’s Spotlight series of short performances in Colyer-Fergusson Hall given by some of the students.

“I’m really grateful for the opportunity, and to have met with Jonathan,” enthused Ridima, “we talked about my vocal range and all the ragas I’m currently doing. He’s going to support me in my music-making this year, and we will also plan a few performances. My mum’s sister was a classical singer, she professionally pursued Hindustani classical music and was my motivation to keep following music myself; partially a reason I am trying to continue my music is a tribute to her.”

The extra-curricular Music department provides opportunities for its Music Performance Scholars and Award Holders to develop their musicianship alongside their academic studies, and runs a vibrant provision for all students and staff, as well as members of the local community, to be involved in University music-making. Thanks to the generosity of the donors who support the Music Scholarship Scheme, it promises to be an exciting mentorship, and a unique opportunity for one of the University’s students to learn with an established figure on the British musical landscape.