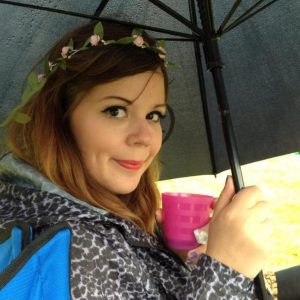 Your coming out story…

I don’t really have a grand coming out story as such!  I had always had romantic feelings for both genders growing up but mainly had relationships with the opposite sex because I tried to squash down my romantic feelings for girls-it seemed easier to be heterosexual in what seemed like a very heteronormative world.  I struggled with the idea that I might be bisexual or lesbian; I didn’t know anyone else who felt this way and it was very isolating.  It wasn’t until I met my (now) wife 8 years ago at 25, that I fully realised how much I’d been hiding my sexual orientation to myself.  The thing is, you don’t really come out just the once!  It’s a constant process, judging when to tell new work colleagues, asking for a double bed at a hotel, correcting people that see a wedding ring and assume I have a husband etc.  In certain settings in can be hard to judge when is the right time and I sometimes feel more comfortable saying partner, which always makes me feel a bit disappointed in myself.  I am out and proud, but the fear of judgement and discrimination can sometimes override that.

Did you have any LGBT+ role models growing up? Who were they and why?

To be perfectly honest I didn’t really, and this was part of the problem for me in terms of feeling comfortable with my LGBT+ status.  I didn’t feel like there was anyone in the media or society that reflected me or that I could relate to.  This was 15-20 years ago however and so much has changed!  There are so many diverse and inspiring LGBT+ role models now.  The landscape has changed so much over the years and although there is more that can be done to reflect diversity, I think the number of role models in the public eye is so vital in helping young people accept their sexuality.

Have you suffered prejudice in your job or personal life and, if so, can you describe what effects it had on you?

So far I have not faced prejudice for my LGBT+ status at work. I have had comments from time to time walking down the street holding my wife’s hand but these have been very far and few between.  I do sometimes feel the effects of heteronormativity.  When people assume I am heterosexual, for example because I do not look like the way they imagine a gay woman should look, I know they aren’t necessarily being derogatory, it’s due to the stereotyping of the LGBT+ community in the media and a lack of diversity that is presented.  This is beginning to change however!

What would you say to those who may be facing difficulties regarding their LGBT+ status at work?

I would tell them they are not alone and they have places to turn for help.  You have rights designed to protect you and I would advise anyone experiencing these difficulties to speak up and get the help they are entitled to.

What can we all do to make University of Kent a better place for being an LGBT+ member of staff?

Visibility and inclusion is so important which is why the LGBT network is such a fantastic resource.  It’s also really important to make sure language reflects diversity for example when it comes to policies around parental leave and etc.

What do you think of being LGBT+ in Kent?

I am proud to be part of the LGBT+ community in Kent.  I have only lived in Canterbury for just over a year so I am still getting to know the city but I feel so welcomed by the University of Kent.  I would definitely say that as employer it is one of the most LGBT+ friendly places I have worked.  It’s so inspiring to see campaigns such as this happening on campus.

Why do you want to be an LGBT+ role model? Why is it important?

I want to be an LGBT+ role model because I am so proud to be out and legally married to my wife, after so many years of struggling internally with my LGBT+ status.  I truly believe that growing up, the lack of role models and the negative media attention directed at the LGBT+ community made me scared to accept my feelings.  If there had been positive representation in the media and visible role models around me this may have helped me not only come to terms with my feelings, but also feel proud of who I am from a much younger age.