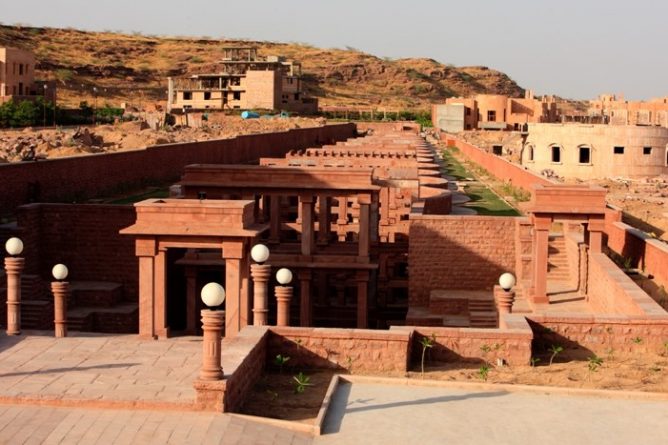 The upcoming CASE Open Lecture will be given by A. Mridul and Shilpa Mridul on Thursday 12th October at 5PM in Marlowe Lecture Theatre 1 with their talk entitled ‘Birkha Bawari: A 21st Century step-well in India’.

Step-wells, subterranean aqua-structures (Bawari or Vav in local dialect) were an integral part of Indian communities from 2nd century A.D. till the end of 19th century. Relegated in favour of canal and piped water-supply, these exquisite step-wells were gradually abandoned and forgotten.

However, as ecological and sustainability issues took center-stage amidst growing concern over the deepening water-crisis, it became vital that ancient wisdom of harnessing water be revisited and adapted by resurrecting the traditional water systems, creating new ones, rationalizing the modern and integrating the entire gamut of aqua-architecture to build a sustainable water-network.

The talk will focus on the how using traditional language in contemporary context, they have designed a new subterranean structure, Birkha Bawari, fashioned like a step-well, in a residential colony in Jodhpur. With a capacity to hold over 17.5 million litres of rain-water, it is a unique structural system built of sandstone quarried from its own site. This project exemplifies that such large water conserving structures are still architecturally feasible and economically viable.

The team have been exponents of Green Architecture long before it became a movement and have won numerous international and national awards. Known for lending an earthy identity to their buildings, they have done pioneering work in sandstone, mud, lime and other low carbon generating materials and are committed to judicious use of resources.  The Melbourne School of Design has collaborated with them for their WaterLore programme aimed at knowledge sharing of water systems in dry places of the world.