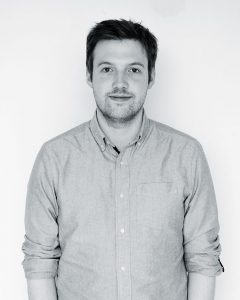 Kent School of Architecture MArch student James Bussey received the Serjeant Award for Excellence in Drawing at Part 2 at the 2016 RIBA President’s Medal awards ceremony yesterday, Tuesday 6th December 2016 at the RIBA in London; the award was given by RIBA President Jane Duncan.

James Bussey’s project entitled ‘The Company’ is set on Helgoland in the North Sea. An interpretation of Joseph Conrad’s Heart of Darkness was a key starting point.

The project narrative begins in 1848 with the shipwreck of an outsider and it chronicles the evolution of the island and its society. Urban development evolves over a timeline of 150 years culminating with a citadel, the location for key civic and religious activities. The drawings, presented here in the style of a graphic novel, depict the protagonist Elisa Hecker’s experience of architecture on the island. The final architectural proposition is the citadel constructed over the town.

Regarding his time at Kent School of Architecture, James would like to thank his Unit 3 tutors Adam Cole, George Thomson and Tom Van Hoffelen who ‘were exceptional teachers, helping me to have the confidence, skills and ability to achieve a project I was proud of.’

A huge congratulations to James from all at KSA!

Graduating Stage 5 MArch student James Bussey and Stage 3 student Ben Nourse have both been awarded a prize for excellence from the Royal Institute of British Architects (RIBA). The prize giving took place at the opening of the KSA Summer Show 2016.

James’ project “imagines the impact of an exiled German revolutionary from 1848. It is inspired by Joseph Conrad’s ‘Heart of Darkness’ and explores many themes including power and control, isolation, politics, religion, social class and Potemkin villages. The architecture is experienced from the perspective of a fictional character named Elisa Hecker.” – James Bussey, Stage 5 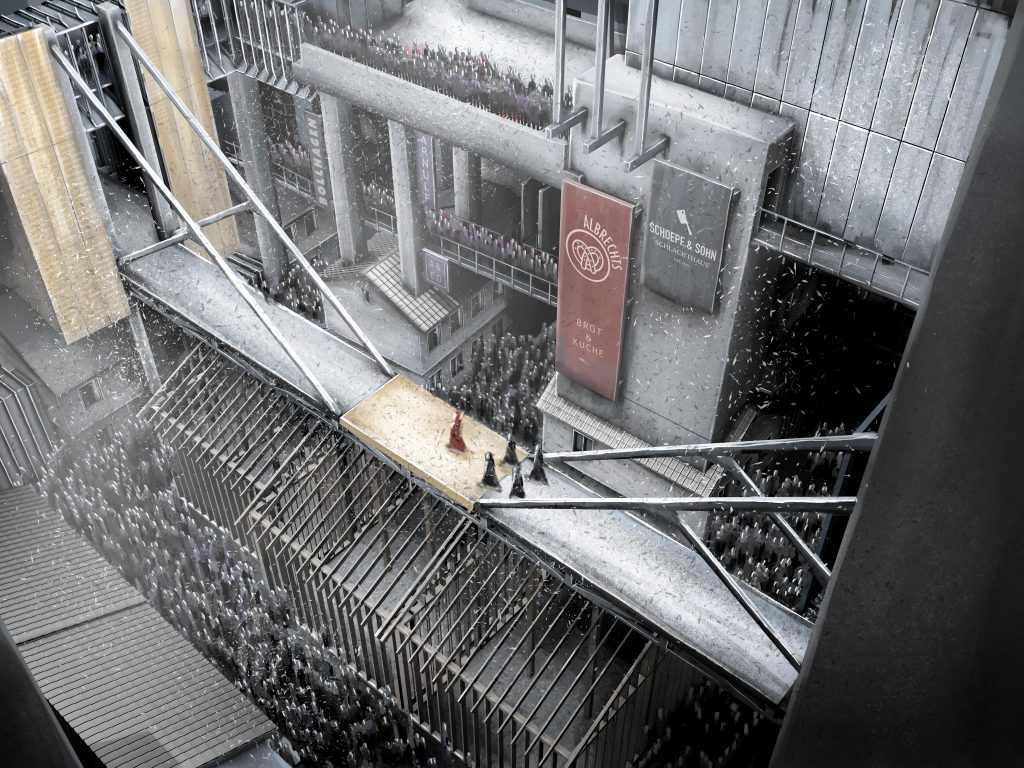 Ben’s project was set around the regeneration of Sheerness, through a fair which features the town’s Victorian heyday. “Beachfield’s Reality Fair is a re-retrofication of a key urban site in a socially and economically declining Kentish seaside resort. The project consists of a series of flexible ‘urban stages’ that are configured to create simple and accessible spaces for the local community. However it simultaneously creates a complicated narrative for tourists, taking them on a journey between fantasy and reality.

The project aims to revive local tourism whilst providing the required facilities for local people to improve quality of life. The proposal features ordinary buildings with ordinary functions – the ‘backstage’. However, these are encapsulated with fantastical ever-changing facades – the ‘stage set’.

The main ‘urban stage’, the swimming pool, is a crucial space providing a warm alternative to the British beach. It provides cosy deck chairs, palm trees, a sandy beach and more. Other key stages include: the ‘Nick-nak Emporium’ – an extravagant market hall selling all the seaside junk you need, the ‘Crabbing Station’ – an exciting new way of crabbing utilising a mechanical pier and the Chip Shop an extreme yet environmental fashion of growing, producing and consuming fish and chips.” – Ben Nourse, Stage 3

For more information, and to take a look at Ben’s portfolio, click here. 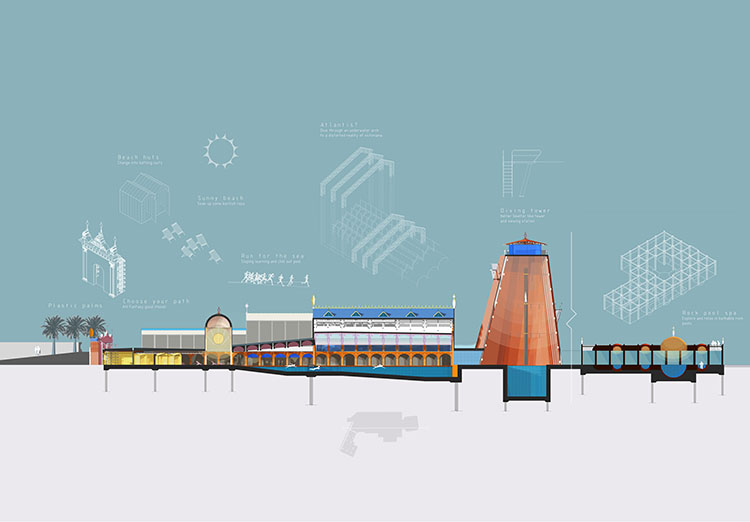