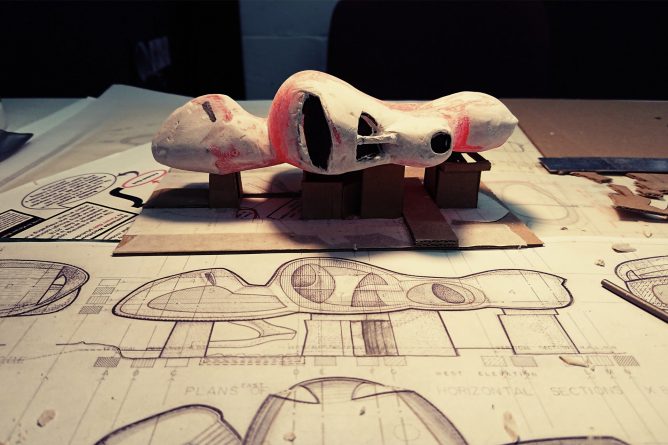 Frederick Kiesler’s Endless House is regarded as one of the most visionary projects in the history of 20th Century architecture. It was a project that spanned almost forty years, developed through sketches, drawings, plans and models between mid-1920’s to the 1960’s but it was never built. Walter Gropius, founder of the Bauhaus, considered it important to translate Kiesler’s architecture into reality.

Kent School of Architecture and Planning’s 3D CAD Technician, Julien Soosaipillai, built a digital model of the exterior shell from texts, drawings and photographs of Kiesler’s model for his unfinished Endless House project. This is the first step in DARC‘s current project to realise Frederick Kiesler’s ‘Endless House’.